David Brock's New Job: A Thorn in President Trump's Side 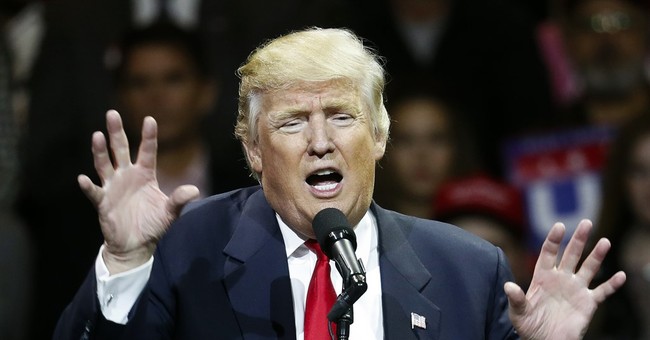 In the battlefield of American politics, operative David Brock has been a loyal soldier to the progressive cause. It’s hard to believe he was once a conservative investigative reporter. Since changing colors and becoming a liberal, Brock has gone on to form numerous political operations with the goal of defeating Republicans and combating conservatism.

He formed Media Matters for America in 2004 with the intent to destroy conservative media. He was even quoted as saying he wished to wage “guerrilla warfare” on Fox News. American Bridge, Correct the Record, and Citizens for Responsibility and Ethics in Washington (CREW) are just a few other progressive organizations he has formed throughout the years. Correct the Record was created in 2013 to “correct” misinformation about Hillary Clinton in the media. Brock intends CREW to be the liberal rival to Judicial Watch.

Judging by the amount of staff and funding, Brock’s groups should be pretty impressive. They did rake in a financial haul of around $175 million during the 2016 election cycle. However, even with all the funding and third-party help, Clinton still lost the presidential election.

What will Brock do with his political empire now? He informed reporters Tuesday that American Bridge will go full throttle in attacking Trump while he’s in office. The super PAC has established a “war room” that will monitor every detail of his life, ranging from business interests to Trump’s personal life. Brock claims his operation has the largest archive of Trump opposition research than any group in the Democratic Party – including “thousands of hours” of footage his operatives are currently glossing over for anything of importance. Brock says he plans to disseminate any negative information he finds to the media and Democrats on Capitol Hill.

During the same weekend of Trump’s inauguration, Brock plans to host 175 prospective donors and 225 current donors to Palm Beach, Florida as he hopes to open the floodgates of donations to his organizations.

However, it may not be as simple as it looks for the longtime liberal operative. Some Clinton donors have already expressed skepticism and have decided to stay on the sidelines for now. Progressive strategist to Bernie Sanders, Jonathan Tassini, laid out the problems with Brock’s overall message to Americans – saying that criticisms of Republicans without offering an alternative is a losing strategy.

“People won’t come to the Democratic Party unless we show an alternative; it’s not just about the dark art of attacking and destroying Donald Trump,” Tasini stated. “David Brock is the worst possible messenger for Democrats. He should not be given a single dollar more.”

Brock failed to stop Trump’s march to the White House. Will he be successful in tarnishing his legacy?