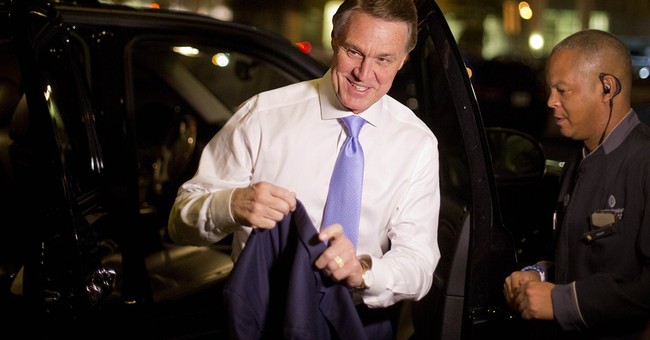 Georgia senator David Perdue is meeting with Donald Trump on Friday. His team issued the following statement regarding their expected talks:

“As a fellow businessman and outsider himself, Senator Perdue was invited to Trump Tower to discuss working together to advance President-elect Trump’s 100-day plan in the Senate and changing the direction of our country,” Perdue’s spokeswoman Caroline Vanvick stated.

The meeting is not expected to be an audition for a cabinet position. Perdue is looked at as a major liaison between Trump and senate Republicans.

Both are wealthy businessmen who were elected to their positions without prior political experience. Perdue was an early and staunch supporter of Trump during the campaign. Much like the president-elect, Perdue knows what it’s like to run a campaign with the establishment gunning against you. He became the junior senator of Georgia despite a slew of endorsements for GOP Rep. Jack Kingston (his primary rival) and the U.S. Chamber of Commerce spending thousands in ads against him during the primary.

The two men share a lot of similarities. In fact, Nate Silver’s FiveThirtyEight rated Perdue as the Senate member most like Trump.

However, he is not the only Perdue speaking with the president-elect. Former Georgia Governor Sonny Perdue, cousin to David, met with Trump on Wednesday to audition for the role of secretary of agriculture. Gov. Perdue was an advisor to him during the campaign on agricultural issues.