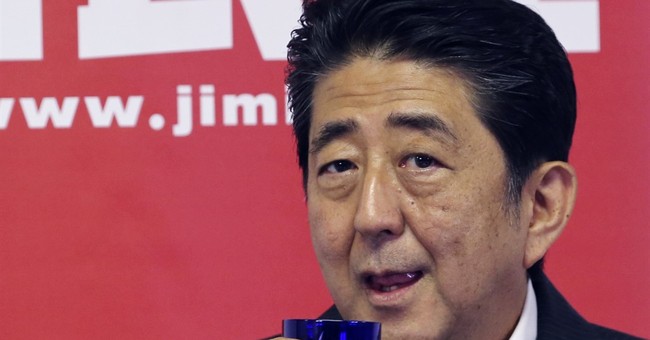 In what will be one of his first visits with a world leader after his stunning upset victory, president-elect Trump is set to meet Japanese President Shinzo Abe next week in New York City. The two are expected to meet next Thursday.

The main topic will undoubtedly cover Trump’s rhetoric on the campaign trail calling for Japan to pay more of their “fair share” on the housing of American troops in Japan. Trump has even suggested American troops withdraw from the country if the Japanese government does not do so.

Abe will also want to discuss the Trans Pacific Partnership trade deal – something Trump has assailed during his candidacy. On Abe’s turf, the trade legislation is making its way successfully through Japan’s Parliament, and the Japanese leader is a big proponent of the international deal. He will likely make the case to Trump to change his position.

The Japanese government was apparently as stunned as most Americans on Trump’s victory. Government officials told local Japanese media they had already been in arrangements to plan a February 2017 meeting with… Hillary Clinton.

The hasty meeting is looked at as proof that the Japanese government considers the United States a strong ally. They depend on an American presence in a day-of-age where a rising China is becoming more threatening in the region.

In fact, after Abe’s coalition government won a large majority in the last election, many have been expecting Abe to push for a constitutional change to allow the island nation to create a military force once again. The Japanese leader has been receptive to such a change.

The meeting will certainly be interesting to watch. Abe, serving for the second time as Prime Minister, comes from a prominent political family. His grandfather held the same position years ago. Trump, on the other hand, has established himself as the ultimate outsider – headed to Washington to “drain the swamp.”