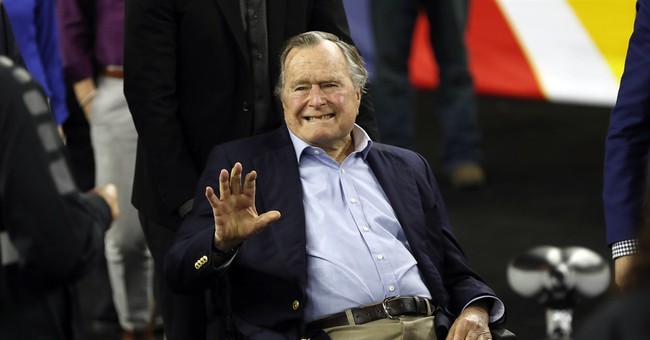 Not too much has been said post-election from the Bush family. It’s been reported, and basically verified, that many in the Bush clan did not support the Republican nominee. There was speculation that some even voted for Hillary Clinton. It was confirmed on Election Day from a spokesperson that George W. Bush did not vote for Trump or Clinton.

The Republican primary was bitter and many in the Bush family felt insulted by Trump’s demeanor towards Jeb on the campaign trail.

However, there seems to be signs of reconciliation from Team Bush. George H. W. Bush took to Twitter to congratulate Donald Trump. He even said his family would be “in our payers.”

Barbara and I congratulate @realDonaldTrump, wish him well as he guides America forward as our next President. His family is in our prayers.

Some kind words from a very kind man.