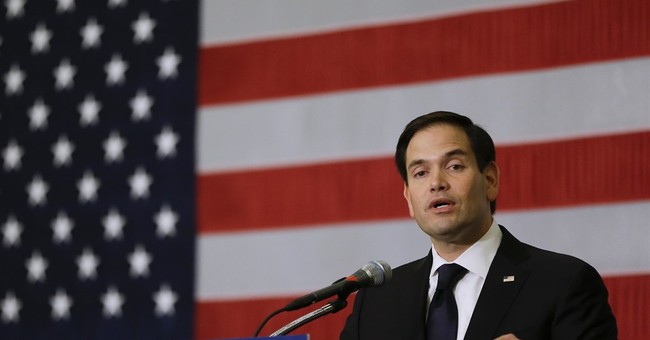 A lot has been learned about the inner thinking of the Clinton world with the release of campaign chairman John Podesta’s emails. A batch of about 2,000 emails was released Monday and another bundle came out Tuesday morning.

So far, nothing earth-shattering has been uncovered, but many embarrassing exchanges have been put under the spotlight. Besides the personal and small talk, Clinton operatives discussed in detail the 2016 race. One thing they feared as they watched the Republican primary roll out: a Marco Rubio nomination.

"He gives a good speech, and sounded much more reasonable, populist and accessible than much of the rest of the GOP field. Felt more like an inspiring Democratic speech than a GOP candidate," wrote a Clinton aide in 2015.

A lot of back and forth took place between aides when strategizing responses to various Rubio stances. They looked at Rubio as a young and fresh face, and a politician that was not of the 'old guard.’ His nomination would have created a sharp contrast to Clinton’s character as a perennial politician and nothing new.

To be fair, the Podesta emails proved Team Clinton feared literally every other GOP candidate except for Donald Trump. Some allies fretted that her promise of obtaining the presidency depended solely on a Trump nomination.

Rubio may have lost his chance to be the 2016 presidential nominee, but things aren’t looking bad for the Florida senator. The newest poll released on Tuesday shows him beating Democratic rival Patrick Murphy by a whopping seven points.