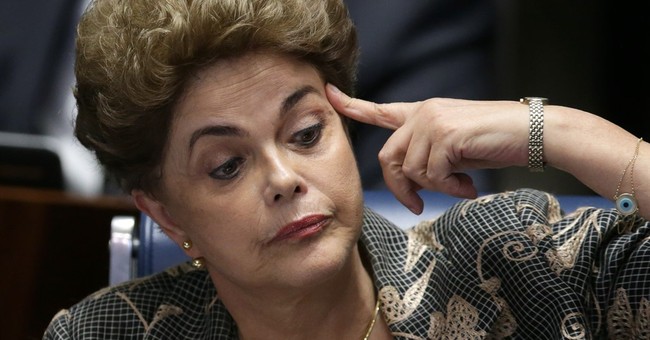 The Brazilian Senate voted to impeach their embattled president, Dilma Rousseff, by a vote of 61 to 20 - concluding her Senate trial that began this week and permanently removing her from office. She was found guilty of manipulating the country’s budget to disguise financial problems amid her 2014 reelection campaign.

The Rio Olympics gave the world a temporary glimpse into the corruption plaguing South America’s largest nation. Their government is deeply inefficient and an alarming number of Brazilian lawmakers are accused of various scandals and crimes.

For the top politician, President Dilma Rousseff, her own scandals brought an end to her presidency. Her former vice president, Michel Temer, will now take over until the next election in 2018. Temer has already been acting-president since Rousseff's impeachment and his business-friendly economic measures have been boosting Brazil's currency. Temer does not belong to Rousseff's left-wing Workers' Party.

Despite clear evidence that her administration did, in fact, manipulate budget shortfalls, Rousseff refuses to acknowledge she did anything wrong. Her defense that other presidencies have conducted similar accounting practices falls flat when realizing her budget manipulations were about 35 times greater than all other Brazilian administrations combined.

Rousseff had the opportunity to present her case during testimony to the Senate on Monday. And by presenting a case - she divulged into her main talking point that the entire impeachment process is a conspiracy from right-wing political opponents seeking to oust her from power. Rousseff argues that anything short of fulfilling a full four-year term is a coup and an impeachment will create a slippery-slope where anyone could be impeached in the future.

Basically, her rationale since this fiasco began last year is that a majority of the Brazilian people elected her president, so she carries a mandate to serve a full term despite what she is caught guilty of doing. If the people elect you – you can do anything you want. Not exactly the most compelling argument ever constructed.

During her impassioned testimony, Rousseff also went into great detail on her past. She described being tortured during her younger years at the hands of Brazil’s military dictatorship. She conveniently made no mention why the Brazilian government detained her at the time – she was a member of a Marxist guerrilla terror group that was responsible for four bank robberies and two bombings. Not quite the innocent, social justice warrior past she'd like you to remember.

Brazilians took to the streets last year and demanded Rousseff’s removal when it was uncovered Petrobras (the state-run oil company she was a board member of) was involved in a huge graft scandal. Rousseff denied any involvement or knowledge of it.

Brazilians didn’t buy that and neither did the legislature.