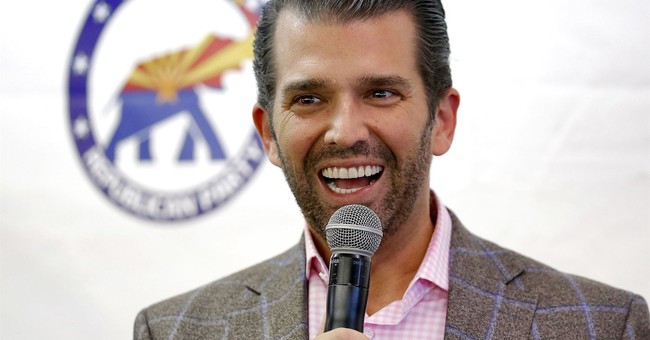 Has anyone heard from slimy Adam #fullofschiff Schiff today? I mean it must be embarrassing to have have spent the last 2 years as the leader of the tinfoil hat brigade and have it all come crashing down so quick.

Schiff told Congress Sunday, before Barr shared a summary of the investigation, that if there was “overwhelming evidence of criminality” caused by Trump, members should consider impeaching the president.

“The letter says that Mueller did not make a conclusion as to whether Trump obstructed justice in the investigation of Russia's election interference,” The Hill reported. “Though Barr and Deputy Attorney General Rod Rosenstein decided they would not pursue an obstruction of justice charge against Trump.”

In response to the summary of the report, Schiff took to Twitter, saying that while he trusts Mueller’s findings, the report should be delivered in its entirety to Congress.

Mueller did not find sufficient evidence to establish conspiracy, notwithstanding Russian offers to help Trump’s campaign, their acceptance, and a litany of concealed interactions with Russia.

I trust Mueller’s prosecutorial judgement, but the country must see the evidence.

Trump Jr. accused Schiff of leaking private testimony that he made in 2017 regarding his meeting with a Russian lawyer the previous year at Trump Tower. Schiff told CNN that it wasn’t a “leak” but rather “exposure” to Trump Jr.’s “fallacious claims of privilege.”

“Now, he (Trump Jr.) calls that a leak because we exposed the fact that he refused to answer questions and was making up some attorney-client privilege to cover conversations between he and his father when neither is an attorney nor the client of the other,” Schiff said in January.

After the summary of the Mueller report, Trump Jr. asked Americans to, “hold the conspiracy caucus in Congress accountable.”

It’s time to hold the conspiracy caucus in Congress accountable. These Democrat Truthers spent the last 2 years knowingly lying to the American people about collusion. They’ve disgraced their offices and should step down. #CollusionTruthers pic.twitter.com/YlgWyYQIel