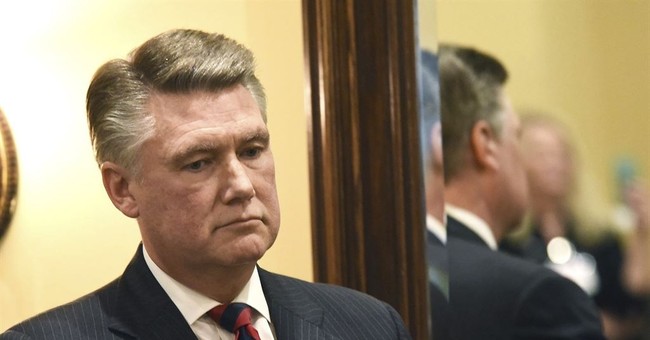 Mark Harris said he won’t be running again in the North Carolina House elections, after agreeing that the state run elections again due to allegations of vote tampering.

“Given my health situation,” Harris said in a statement Tuesday. “The need to regain full strength and the timing of this surgery the last week of March, I have decided not to file in the new election for Congressional District 9.”

Harris was the winning GOP House candidate for his state before state investigators accused Leslie McCrae Dowless, who was hired by Republicans as a local operative, of interfering with absentee ballots.

After testifying before the state board of elections, who voted unanimously to call a new election, Harris said that he felt that North Carolina should have their election again.

“I believe a new election should be called,” Harris said. “It’s become clear to me that public confidence in the 9th District has been undermined to an extent that a new election is warranted.”

Harris endorsed Union County Commissioner Stony Rushing for the new election, according to The Hill.