'60 Minutes' is Having Trouble This Year 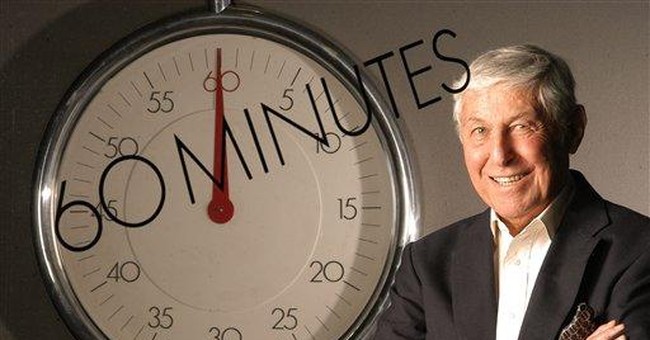 CBS’s long running “60 Minutes” seems to be having more trouble this year than they have in quite some time. So far this year the show has seen controversy with one of its leading reporters, Lara Logan, and an interview with Amazon’s founder which seemed more like a promotion for their products.

Then last night, “60 Minutes” added to their list of bad choices this year. John Miller had an exclusive interview with the NSA director Gen. Keith Alexander. But of course, the CBS programming once again missed the mark with such an important opportunity to ask the real tough questions. Shockingly enough, the most biased in favor of the NSA was chosen for the interview

John Miller used to work in the office of the director of National Intelligence, as he said at the beginning of the piece. So why did he get the chance to ask the important questions, when he clearly wasn’t going to take the opportunity to do so?

A New Yorker reporter took to twitter to say, “Wow, the 60 Minutes piece about the NSA was just embarrassing. Kudos to the NSA communications staff. You guys should get a raise.” Not only did Miller have a conflict of interest going into the interview, but he also threw the director a series of softball questions without any representation of the large population of NSA critics.

It is becoming very clear that “60 Minutes” needs a story to take them out of this slump. Instead of easy softball questions, fluff pieces and simply misinformed commentary, it is time for the show to get back to taking on the big questions. This programming may no longer be considered the best TV journalism.