Our Tax Dollars Are Paying the NFL Ravens to Promote Obamacare 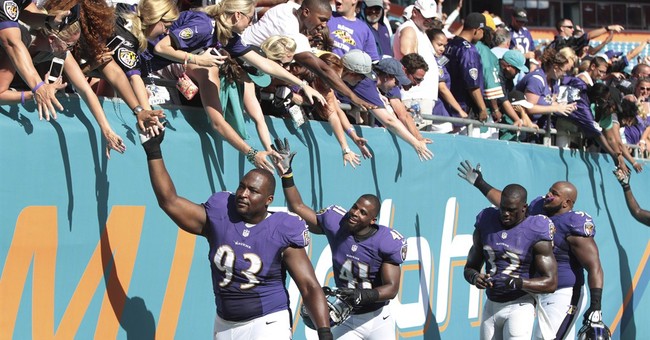 We have seen various types of pushing Obamacare in the media, but this is taking it to a whole new level. Last NFL season’s Super Bowl champs, the Baltimore Ravens, have been hired to make the newest pitch for Obamacare. The team is getting $130,000 from American taxpayers to promote the health care law.

The deal was finalized back on September 9th of this year. What’s funny about this is that the NFL confirmed months ago that it would not participate in the Obamacare public relations campaign. But apparently that wasn’t enough. Maryland officials evidently appealed directly to their home team and now the Ravens will be helping market the state’s Obamacare exchange.

According to the “Sponsorship Agreement”, the Maryland Health Connection will pay the Ravens to push Obamacare on TV, radio, on the team’s website, its newsletter, and its social media.

Apparently players making millions of dollars every year is not enough. Now we have to use taxpayer money to pay them for their services...their services for the Obama administration.