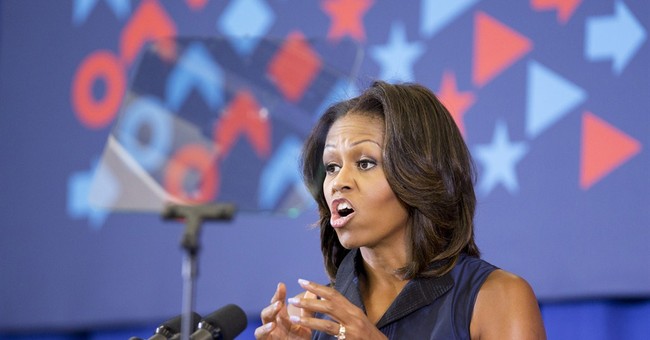 In an interview with NBC News yesterday, President Obama may have finally made the American people like his wife. He told us that Michelle, in fact, does not support starting a war with Syria! In fact, he said:

“My own family members…they’re very wary and suspicious.”

He then continued with:

“If you ask Michelle, ‘Do we—do we want to be involved in another war?’ The answer is no.”

Well gee, finally something that could make us like Michelle Obama. He used this example to explain that he understands the debate that is happening across the country and does not want to act without consensus.

Maybe this time Michelle will be able to have a positive impact on this administration’s choices, instead of doing her usual, prancing around a stage trying to get the fat kids to lose weight.