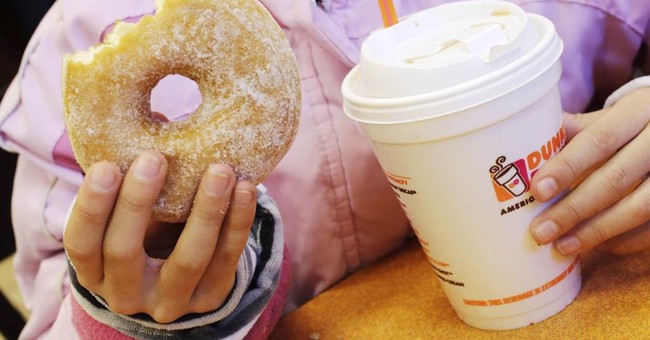 A town just south-west of Boston, Brookline, Massachusetts has passed a ban on disposable polystyrene, better known as Styrofoam. The ban will go into effect on December 1 of this year. In preparation for the new rules, many companies are looking at new alternatives to products they have been using for years.

One example is Dunkin’ Donuts. A company that originated in Massachusetts currently uses Styrofoam cups for their medium and large sized hot beverages. The cup even appears in their logos. But now, the company is looking to redesign their cups in order to comply with the new rules.

Over the years many have come to find that the Styrofoam cups retain heat extremely well, but now Dunkin’ Donuts has to find a new way to keep their hot beverages hot! The company has now replaced its signature cup with a double-walled paper version at 5 stores in the Brookline neighborhood.

According to the Boston Globe, the new containers will “contain a plastic liner, address municipal Styrofoam bans but probably will not be recycled”. Is this just a little backwards or what? Isn’t the whole purpose of this ban on Styrofoam cups and containers supposed to cut down on the amount of waste that ends up in landfills? How is a plastic lined cup going to fix that?

The problem is that people need to realize that these laws that try and regulate businesses and their products in order to “help” the environment do not actually help the business or the environment. If it’s not one thing, it’s another. If it’s not Styrofoam, it’s going to be other plastic.

Additionally, the business executives are worried about this move. Not only is the Styrofoam cup a great product, but it is also an iconic piece of their company’s image. An executive vice president at Technomic, a food industry research firm had this to say about the controversy, “Dunkin’ has stuck to the foam cup for so long because it’s a better product…You can print on it, you don’t need jackets, and it can maintain the heat of the coffee for a longer period of time”.

Dunkin’ Donuts has been known for their cups for a very long time, and now this messes with their brand imaging. Apparently hundreds of customers complained a few years ago when the company changed its cup lids. How are they supposed to make these new cups fit their image while also obeying the new laws? According to a recycling center, the new cup’s plastic lining creates problems. Many smaller mills will not be able to break down these cups because the plastic lining melts down and tends to clog their screens.

According to Dunkin’s chief supply officer, “We’re trading out one for the other, but not necessarily getting a significant improvement in our environmental footprint.”

So what’s the point? These ridiculous Styrofoam bans aren’t even doing what they are supposed to! Instead the company is losing money trying to test out new products and potentially losing clients. This legislation is a total waste!