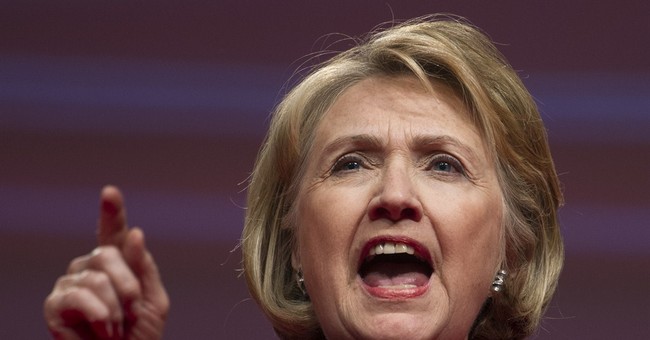 Even though Hillary Clinton has nothing to do with this Anthony Weiner scandal, it seems that her reputation precedes her. It appears that Mrs. Clinton does not like the connection that everyone is drawing between her husband and Anthony Weiner and also between Huma and herself. Too bad her former staffer is basically following her exact footsteps.

Oh no! Could this ruin Hillary’s presidential run in 2016?

A top state Democrat says, “The Clintons are upset with the comparisons that the Weiners seem to be encouraging — that Huma is ‘standing by her man’ the way Hillary did with Bill, which is not what she in fact did”.

Now I understand the difference between Huma and Hillary is that one woman’s husband only had an online affair while the other had a physical affair, but either way, isn’t it true that both of their husbands were lying jerks?

According to a New York Times reporter the Clintons are “not happy about getting dragged into the lewd spectacle that is a low-budget movie version of their masterpiece”.

But what is most confusing about this whole situation, is that in fact there aren’t many differences between these two scandals. Both women had their husbands cheat on them (whether it was physical or over the internet) and both are choosing to stick with them through the process. And I suspect, a future political run on the mind of Huma Abedin.

Although Hillary may not like the comparison, I am sure Huma has no problem with it. She obviously admires Mrs. Clinton’s work, but now she is trying to emulate her entire adult life!