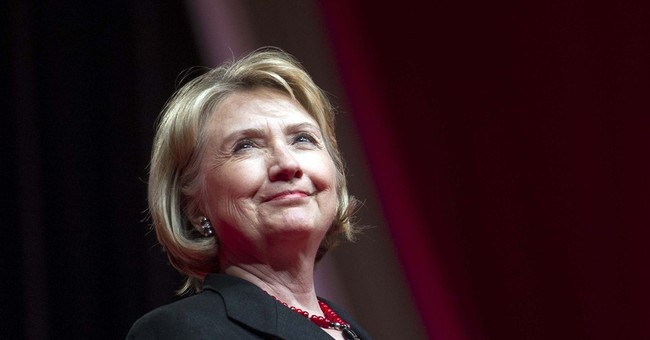 Well if it wasn’t obvious already, we now know that the media will be working to help elect Hillary Clinton. A new example of liberal media bias has come out today regarding their blatant obsession with the Democrats.

Apart from a new biopic set to be released in the middle of the campaign season, it was announced Saturday that NBC has purchased the rights to a four-hour miniseries about the former first lady starring Diane Lane.

NBC Entertainment chairman Bob Greenblatt told the Television Critics Association's summer tour that the series will likely air before Clinton announces her candidacy making it unnecessary for the network to grant equal time to whoever her Republican challenger is.

"She's not going to declare her candidacy for two more years so I think it will be the late spring or early summer of '15 that she will declare," Greenblatt told reporters including The Hollywood Reporter's Lesley Goldberg. "This could well have aired before that. We have to talk through all that."

According to a press release, "Hillary" will recount her life as "a wife, mother, politician and cabinet member from 1998 to the present. The script will begin with Clinton living in the White House as her husband is serving the second of his two terms as president. In the years following, she would eventually become a United States senator, run for president and, ultimately, serve the country as secretary of state."

It apparently will also include her likely run for president.

How is it that these media outlets, like NBC, can possibly claim to be unbiased anymore. Are they going to run a biopic on the potential Republican candidates? Until we have fairer media outlets, we cannot expect to see a balanced approach to covering political campaigns.