Top GOP Females Looking to Recruit Women to Run in 2014 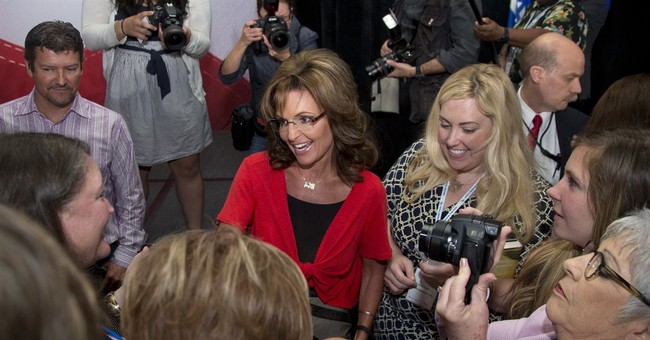 Is anybody else sick of hearing that the Republican Party is full of old white men? How about the idea that Republicans started the war on women? Yeah, it’s pretty sickening and now the Republican National Committee is making new efforts to recruit female GOP candidates for 2014 to prove that Republicans are not anti-woman and there are plenty of us out there.

A new group called “Women on the Right Unite” will look to promote the recruitment of female GOP candidates. Republicans lost women to the Democrats in 2012 at a 55 to 43 percent margin. The national organizations believe that recruiting more female candidates will encourage female voters to vote Republican. A strategy session was held with the RNC, NRSC, RGA, NRCC, CRNC and the RSLC to discuss the future of this group.

The initiative is intended to corral resources from across the different campaign committees with the mission of better supporting female candidates and lawmakers within the party.

“Women are essential to our success as a Party and as a country,” said RNC Co-Chairman Sharon Day. “Combining all of the Republican resources from committees up and down the ticket, we will ensure we provide our women candidates the support, mentorship and resources to be successful both as they enter politics or seek higher offices.”

The group "will meet regularly to expand and perfect efforts to engage women," according to a Republican aide.

"This party-wide commitment to training women of all ages includes recruitment, mentorship programs to encourage more women to run and expanding where and how the party engages with women," the aide said.

The effort comes amid a larger rebranding effort within the Republican Party following the 2012 election. The party struggled particularly with women, hampered by high-profile statements regarding rape and abortion by former Rep. Todd Akin (R-Mo.) and Indiana Senate candidate Richard Mourdock.

After the post-mortem was performed, it is clear that the Republicans needed to do something to win back some women. Perhaps with the creation of this group that will include women from across six of the Republican Party’s top campaign committees we will see a greater portion of republican women stepping forward. Is there any further question about whether the Republican Party is creating a war against women? Not only do more women need to get involved on the right, but we also need to see women getting more involved in all aspects and sides of politics. With the RNC’s support, perhaps many will grow to see that the Republicans are not anti-women and are looking to include and promote those who choose to run for political office.