Place Your Bets: Who Wins the Heated GOP Senate Primary in Pennsylvania Tonight? 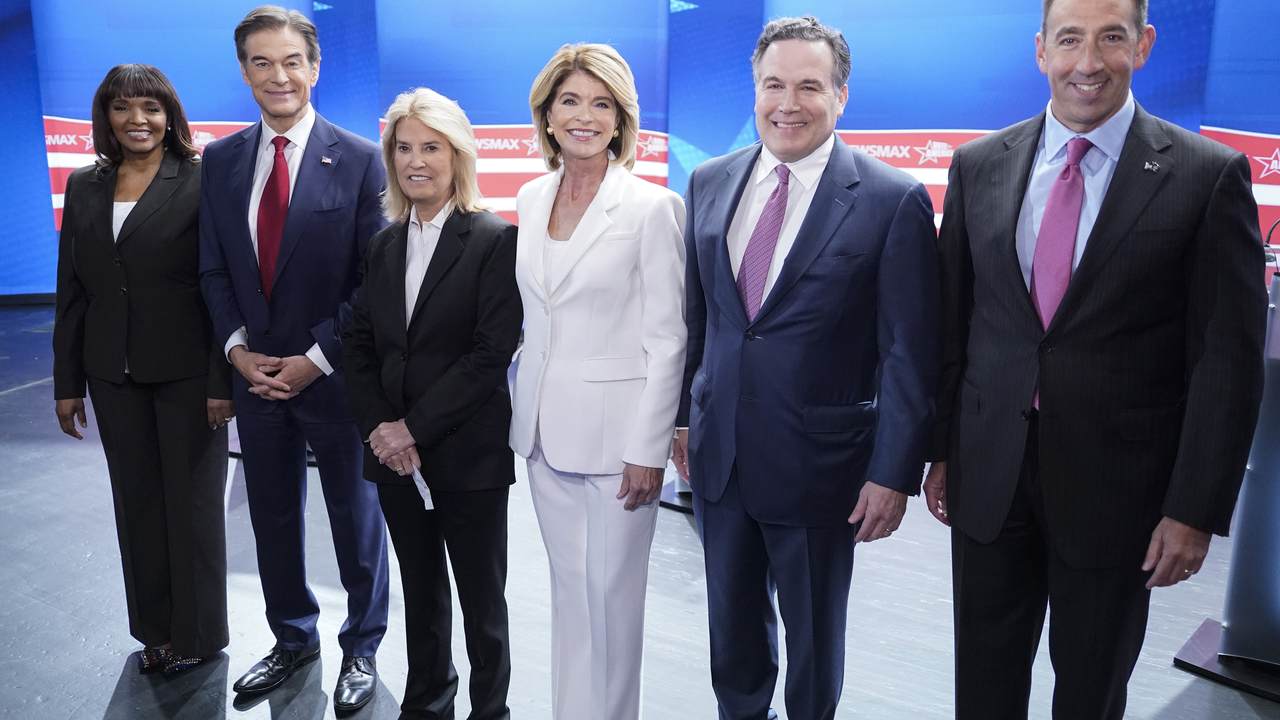 Cards on the table: I genuinely have no strong view of what's going to happen later. There's a plausible story about how any of the top three frontrunners could conceivably prevail this evening – the question is, which is the most likely? You've got Dr. Oz, the celebrity TV doctor with questionable conservative credentials and alleged financial ties to the repressive Turkish government. He's got name ID and the backing of former President Donald Trump, a valuable commodity in close primary fights. Just ask JD Vance in Ohio. You've got Kathy Barnette, an insurgent candidate who's peaking at exactly the right time, vaulting into the top tier after her two male counterparts spent months and millions ruthlessly assailing each other. Finally, you've got businessman David McCormick, who's running as an "America First" Trump guy, but feels like more of an establishment type.

There's one 11th hour poll showing McCormick barely in the lead. Another shows him in the thick of it, but ever so slightly trailing. Yet another, if accurate, suggests he's cooked:

Three polls, three different stories. Who knows? The only consistent factor is Barnette's clear momentum, especially among late deciders. Interestingly, she's hitched her wagon to the GOP gubernatorial frontrunner, who's been endorsed by Trump (a late endorsement of the strong frontrunner), but Trump and his top allies are pushing hard against her in the Senate race. What do base voters do? Aligning with Trump's endorsements would mean voting for Doug Mastriano and Dr. Oz. But Mastriano and Barnette have endorsed each other, having both attended the January 6th "stop the steal" rally last year (neither is believed to have stormed the Capitol). MAGA voters may view this as a feature, not a bug. Trump-ambivalent-to-skeptical Republicans may be horrified by the idea of nominating an election truther conspiracist ticket in such a key state, allowing Democrats to paint the party's picks for governor and Senate as cranks. Other GOP primary voters may be wondering what else might emerge about Barnette in the days ahead, given the flurry of late opposition research bubbling to the surface. Do Republicans want to watch their nominee in a critical Senate race get vetted after winning the nomination? I find her biography compelling in many ways, though she has ducked some direct questions about it, which is a red flag. Watch this interview, and notice the dodge on a simple factual inquiry about her stated resume around the (1:20) mark:

What else is floating around out there? And will those half-baked explanations of some wild-to-ugly past tweets suffice for Pennsylvania swing voters in the general? We may find out. Might some primary voters gravitate at the last minute toward McCormick, as the "safe" choice? Perhaps, but just because "the establishment" thinks he has an electability edge doesn't necessarily mean things would play out that way. My guess is that he probably does have the best shot against the Democrats in the fall – more on their nominee-in-waiting momentarily – but am I convinced of that? Not really. What I do know is that Democrats appear poised to anoint a leftist as their standard-bearer in the Senate race, kicking to the curb the party elders' preferred "electable" choice in fake moderate Conor Lamb. Meet Lt. Gov. John Fetterman, who – as he recovers from a stroke – will likely prevail as the Democrats' Senate nominee in a few hours. Via Kimberly Strassel's column from last month:

Mr. Fetterman claims a significant fundraising advantage over Mr. Lamb and a substantial lead in the polls. The most recent poll this week , from Franklin & Marshall College, put him 24 points ahead of Mr. Lamb, 41% to 17%, with other candidates in single digits and 26% undecided....Fetterman holds statewide office and has used the spot to cultivate a fascinating brand. The liberal is 6-foot-8, has a goatee and tattoos, and revels in gym shorts, Carhartt and blue-collar Keystone culture. He has a penchant for trolling Republicans as “simps” and trashing West Virginia Sen. Joe Manchin’s attachment to the filibuster. While Mr. Fetterman grew up in Central Pennsylvania in affluence, he presents himself as the patron saint of the Rust Belt Working Joe.

This masks a Fetterman agenda that puts him squarely in the camp of Sen. Elizabeth Warren (whom he’s praised as a “luminary”) and Sen. Bernie Sanders (whom he endorsed for president in 2016). He supports Medicare for all, a $15 minimum wage, allowing transgender athletes to compete in women’s sports, gun control, climate “justice,” and a “de facto moratorium” on fracking. Perhaps a greater political problem in today’s environment, he’s spoken at defund-the-police rallies and made a priority of releasing felons from prison. Then there’s the 2013 incident in which, as mayor of Braddock, he pulled a gun on an unarmed black jogger.

If Democrats manage to hang onto this seat, in this environment, they'll replace a strong center-right conservative (retiring incumbent Pat Toomey) with a brash, crusading Bernie Sanders Democrat. And with the Senate currently split 50/50, this race could easily decide control of the chamber. The stakes are high. Since I've been skeptical-to-critical of Ms. Barnette in this post, I'll leave you with this one-liner she uncorked against Fetterman on Sunday, referencing the last sentence of the excerpt above:

Kathy Barnette, on Fox News Sunday: “People ask me all the time are you afraid to run against Fetterman? I say: ‘As long as I am not running while Black’” #PASEN

Pretty savage stuff. But might she end up being Fetterman's de facto best friend? Barnette says she won't support the Republican nominee in the race if the nominee is a "globalist" not named...Kathy Barnette. Sore loserdom could conceivably wound the GOP as it did in Georgia early last year, in another state that could come down to razor-thin margins. But hey, she was at the January 6 rally for a reason: She doesn't handle non-preferred political outcomes very well. For what it's worth, Democratic operatives I've spoken to are pulling for a Mastriano/Barnette ticket because they believe they'd have the best chance of sweeping the top two races under that scenario. But they're also leery about rooting too hard because they concede that in a very tough political atmosphere, they are hardly guaranteed to win either race. And it's not as if Fetterman won't provide a lot of oppo ammo in the other direction. Polls close at 8 pm ET in the Keystone State. And away we go...