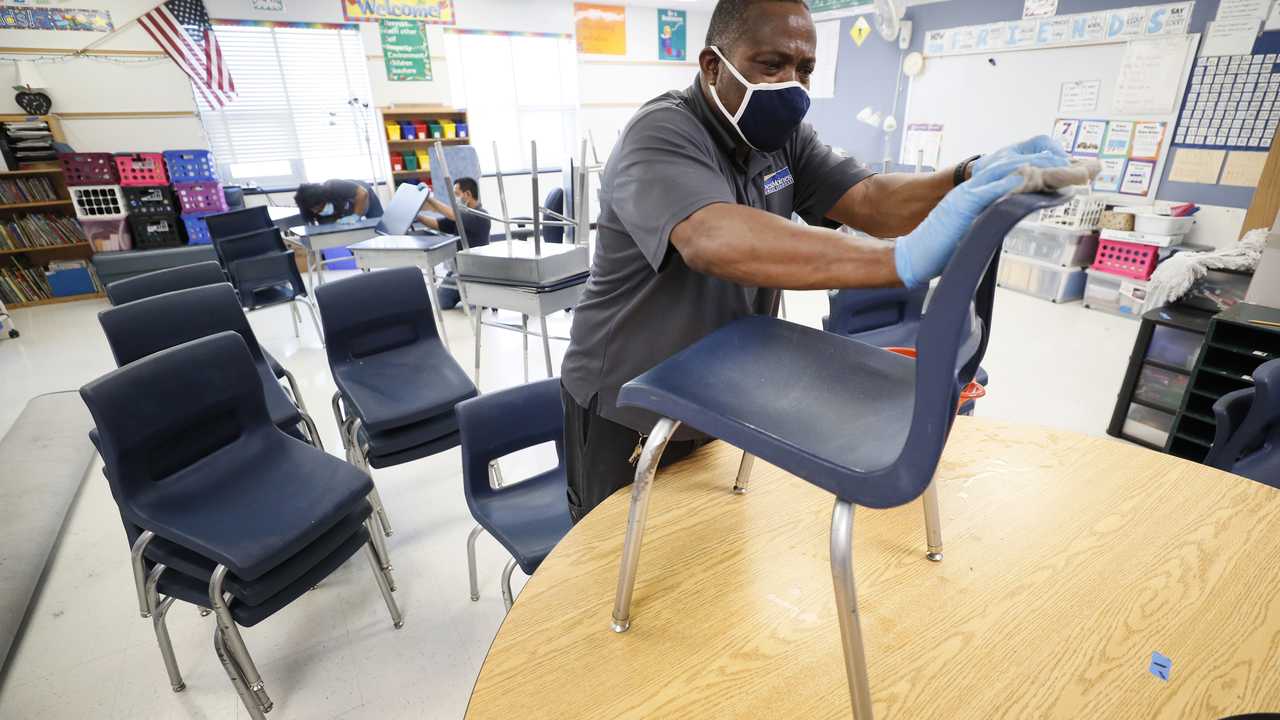 Part of the reason I keep writing about the damage done by school closures and the anti-science nature of various "mitigation" steps like mandated masking in classrooms is that they don't merely represent a terribly misbegotten but bygone era. Some of the harms are still actively being inflicted on children, and officials in other parts of the country seem willing – if not eager – to reimpose various failed policies.

Consider this debate in suburban Virginia, ground zero of the Resistance to Gov. Glenn Youngkin's sensible and popular reforms:

Teacher union wants to cancel activities at schools where there is a Covid outbreak (3 or more cases). That means no prom, end of year field trips, band concerts, or graduation. Kids have sacrificed enough. Unions do not prioritize the academic or emotional needs of kids. pic.twitter.com/8U7qHcUMSe

Notice that they've jumped straight to cancellations of major activities as a "solution" to even minor outbreaks. Not isolating kids with symptoms. Not testing. Cancellations. Keep in mind that there will likely be seasonal spikes and outbreaks of COVID for years to come, as variants arrive and depart. We know that schools have been among the safest places for students and faculty alike over the course of the pandemic, based on the data. And yet, many adults with power have seen fit to lock children out of classrooms for as long as possible. The notion that they won't try again when they sense an opening strikes me as wishful thinking. Which is why essays like Mary Katharine Ham's latest remain vital:

Much of blue America, which kept schools remote or hybrid for the 2020-2021 school year, conducted an unprecedented "social experiment" on children, resorting to lengthy school closures for millions of children -- a tactic not used during other national emergencies or previous pandemics. Now, the results are in from the "social experiment" and they are very, very bad, and the people who supported closures are finally ready to talk about it. "Remote learning was a failure," wrote David Leonhardt of The New York Times, describing the consensus of researchers and the findings of a new study out of Harvard's Center for Education Policy Research, which compared pre-pandemic scores on a particular national test (MAP) in 49 states and Washington, DC, to pandemic-era scores in high- and low-income districts, in-person, hybrid and virtual learning. "The main effects of hybrid and remote instruction are negative, implying that even at low-poverty (high income) schools, students fell behind growth expectations when their schools went remote or hybrid," the study authors write. But they fared better than students already at a disadvantage...
To be as cautious as possible about Covid-19 was considered good and liberal while the idea of opening school was Trumpian wrong speak, particularly after then-President Donald Trump declared in July 2020 his determination to push governors to open schools. It became perceived as a project of selfish White supremacists and people who desired to sacrifice children. I am not overstating the rhetoric in these areas, where a mix of political conformity, social pressure and exaggeration of risk of Covid-19 to children created a fear spiral and bureaucratic inertia that has lost schools more than 1 million enrollees and counting. Education Secretary Miguel Cardona responded to this new Harvard study by entirely missing the point: "This study rightly quantifies & highlights something that every parent, caregiver, and educator has seen over the last two years -- that the pandemic had a tremendous impact on our children." No, the study shows it was not "the pandemic," but bad pandemic decision-making that hurt kids, with almost no gains to show for it.

Read the whole thing. Relatedly, here is a blue state official declaring herself surprised by the disaster that has unfolded as a result of the pandemic and ostensibly pandemic-fighting policies:

Step 8:
-Wonder where the youth behavioral crisis came from https://t.co/5j2qYQNKCJ

Recall that at least for children, there was significant data being presented to (and largely ignored by) the CDC about an emerging mental health crisis by the summer of 2020 – before many schools were shuttered for an entire additional academic year, flying in the face of the science. It is exceptionally frustrating to see public officials claiming to be caught off guard by something by which they should not have been caught off guard. No one can anticipate everything, but when data arrives, it should be acted upon. Which brings us, on a separate but somewhat related note, to this:

BIDEN: "If we had been better mind readers, I guess we could've" taken action to address the baby formula crisis sooner.

No one should seriously argue that Joe Biden should have personally foreseen this precise problem, then waved a magic wand to intervene and make the issue vanish. But read this post. They've known about the growing challenge for months:

America doesn’t need a mind-reader as president. It needs a Wall Street Journal reader. Per Jim Geraghty, the Journal had a story about the formula shortage back on … January 12. How many times is this administration going to find itself surprised by supply-chain issues? They dropped nearly $2 trillion last year on COVID relief amid a supply crunch, then were stunned that the whole country being flush with cash while goods are scarce might cause prices to rise. Now they’re figuring out that when a major baby-formula manufacturing plant got shut down three months ago at a moment when formula was already hard to find, a serious shortage might result...the Washington Post and the Journal were running stories about stores rationing baby formula fully a month ago. What has the crack Biden economic team been doing about it since then? Is seeing one move ahead on the chessboard too much to ask?

Jen Psaki also said they've been working on it for months. And this is what they have to show for those efforts? Bang up policy and messaging, per usual. I'll leave you with a new COVID-tied concern impacting children that may be emerging:

We basically knew this from the start, but shut down schools and colleges anyway. https://t.co/mXk53UqjqU