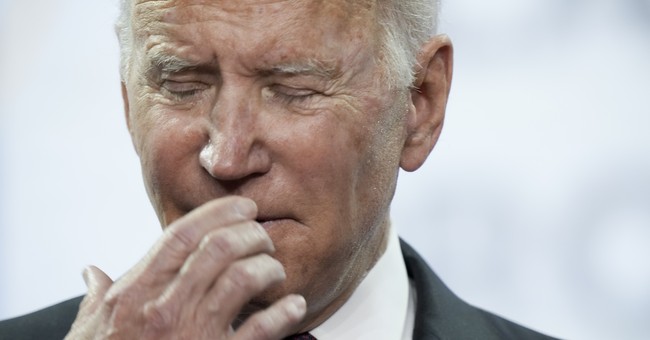 Just over a month ago, national Republicans were disappointed when popular New Hampshire Gov. Chris Sununu opted against running for US Senate against vulnerable incumbent Maggie Hassan.  Sununu would have given the GOP a golden opportunity for a map-shifting gain, but he chose to seek re-election as governor instead.  A new poll from the Granite State demonstrates why that seat is still very much in play -- and why Democrats are in rough shape nationally under the leadership of President Joe Biden.  Transportation Sec. Pete Buttigieg selected New Hampshire as a destination to pitch 'Build Back Better,' further playing into rumors that he's actively angling to run for president again in 2024 if and when Biden declines to pursue a second term.  It looks like it's a tough sell:

A new New Hampshire Journal poll finds a jaw-dropping 70 percent of New Hampshire registered voters believe the country is on the wrong track. That may explain why he’s underwater with Granite Staters by -14 points, with a 43 percent favorable/57 percent unfavorable number. By comparison, those same voters give GOP Gov. Chris Sununu a thumbs up, with a 58 percent favorable/37 percent unfavorable margin...Despite having the backing of all four members of the state’s federal delegation, a narrow majority of New Hampshire voters oppose it (45-52 percent.) And 55 percent of Granite Staters believe an additional $2 trillion in federal spending will make inflation worse, while just 9 percent agree with Biden administration officials that it will decrease inflation.

We mentioned a poll yesterday in which only 14 percent of West Virginia voters said they believe the White House talking point that trillions in new spending will decrease inflation. In the purple state of New Hampshire, even fewer people buy the claim. Because it's ludicrous on its face.  The New Hampshire poll contained more bad news for Team Biden/Hassan:

The most worrying part of the poll for Democrats is Biden’s performance among independent and “swing” voters. Fifty-seven (57) percent of unaffiliated voters have a strongly unfavorable view of Biden, while 59 percent of swing voters feel the same. Among those same groups of voters, 75 percent of the former and 82 percent of the latter feel like the country’s on the wrong track...Republicans hold an advantage in the New Hampshire “generic ballot” question — 47 percent GOP, 42 percent Democrats...

I'll note that this survey was in the field December 9 and 10, so at least half of the sample was likely taken before the news broke that inflation hit a near 40-year high in November. And the hits just keep on coming:

The November PPI (producer price index) rose 9.6% year/year - the highest level of inflation on record and higher than the expectations.

The PPI "core" number also beat expectations, up 7.7% year over year compared to a 7.2% expectation.

Those costs will be passed to consumers.

Highest on record, and worse than expected, on this inflation metric. And the Democrats want to pass an unpopular bill that will add $3 trillion to deficits, per the new CBO score. The White House is dismissing this nonpartisan analysis as "fake" because it doesn't reflect the bill as written. But the bill as written has loads of bogus gimmicks embedded into it, in order to make the price tag look far lower than it is. The problem is that Democrats have repeatedly said that their "transformative" new programs will be permanent, so the arbitrary sunsets and expirations built into BBB are entirely designed to manipulate a phony 'top line' number.  Scoring the programs as if they're permanent, which is what Democrats say they will be, is not "fake."  It's quite the opposite:

The new CBO score of BBB ($3 trillion in new red ink) is not "fake," as Psaki says. It reflects Democrats' stated plans: https://t.co/OuQOnejBSs

I'll leave you with this, recorded prior to the latest Biden/Manchin powwow, which reportedly was cordial but didn't resolve underlying issues.  He's been warning about deficits, debt, inflation, and bogus budget math for months.  And he's still talking about it:

In a big warning sign, Manchin said BBB shouldn’t rely on temporary spending that could become permanent. “I don’t think that’s a fair evaluation of saying we are going to spend X amount of dollars but then we are going to have to depend on coming back and finding more money" pic.twitter.com/kxfZfL5N6H