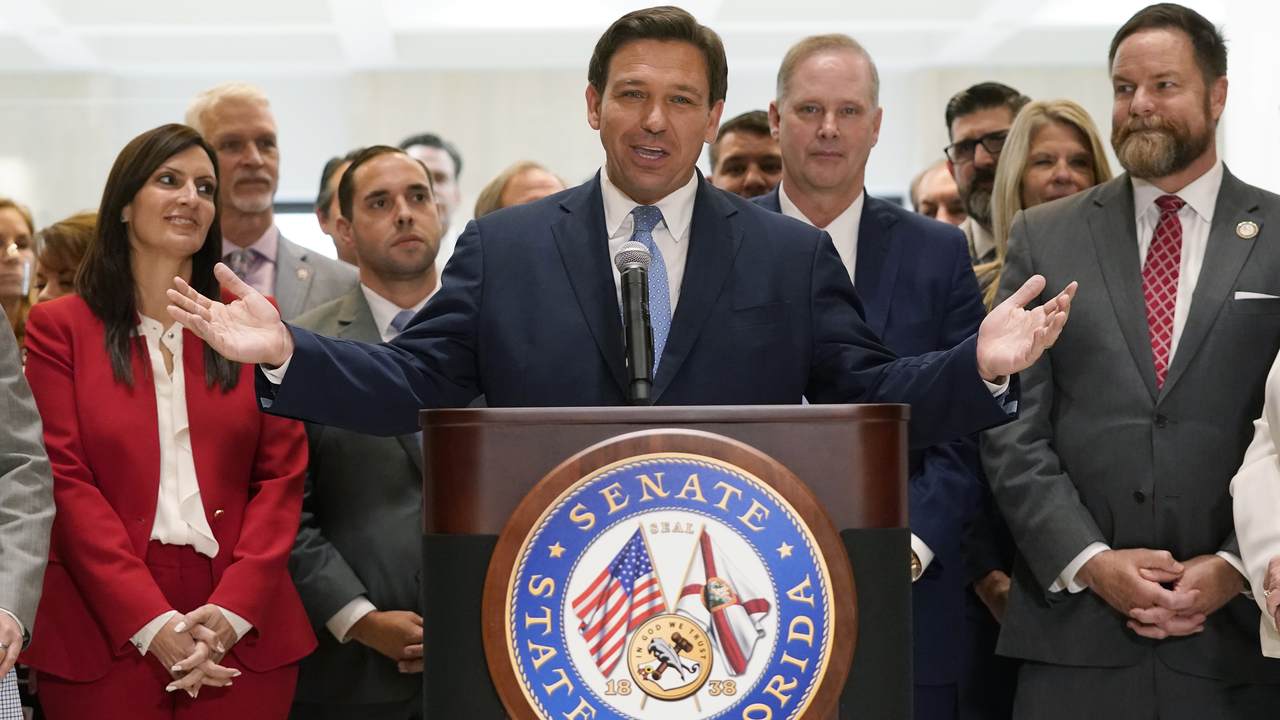 A brand new poll of Florida voters shows Gov. Ron DeSantis attracting a robust overall approval rating – performing especially well on Coronavirus vaccine distribution – and in a strong position to win re-election next fall. None of these data points should cause complacency among the governor or his supporters, but they underscore how a concerted and endlessly dishonest campaign by the news media to destroy DeSantis has thus far failed spectacularly:

After this year’s Legislative Session, Gov. Ron DeSantis boasts strong job approval, according to a Florida Chamber of Commerce poll.  [It shows] 55% of voters approve of the job done by the Republican Governor. That compared to 40% who disapprove...Along with that boost within his base, DeSantis has drawn detractors. About 73% of Democrats disapprove of the Governor’s performance, while just 22% approve. But the Governor enjoys a net 20-percentage-point approval rating with the critical independent voters. About 57% of those say he’s doing a good job, compared to 37% who disapprove of his performance.

The anti-Republican press, most conspicuously and embarrassingly "60 Minutes," has attempted to generate a "scandal" out of DeSantis' sensible and successful approach on vaccines. Behold, their glorious face plant:

70% of voters surveyed give DeSantis good marks on his handling of vaccine distribution, while just 26% say he performed poorly there...even a plurality of Democrats praise him in that field. About 48% of Democrats approve of his job regarding that issue, compared to 46% who disapprove. Meanwhile, 91% of Republicans give him good marks. With independents, DeSantis enjoys 74% approval and 22% disapproval of what he’s done with vaccines. That’s an overwhelmingly positive response to the greatest logistical challenge presented to the Governor so far in his first term in office.

As for way-to-early 2022 numbers, this isn't a bad starting position for DeSantis:

Those gaudy margins are likely unsustainable in a closely divided state (albeit one that has shaded red lately). Marco Rubio's 2016 Senate victory by eight points was eyebrow-raising as a relative blowout, by battleground state standards. Nevertheless, DeSantis is the initial favorite. Another recent survey gave the incumbent an advantage of six to eight points over potential Democratic rivals. Meanwhile, the cartoonish mendacity will not stop, so long as Ron DeSantis is viewed as a threat, which he is:

The data is in -- and it's damning: States led by GOP governors had higher COVID-19 death rates in 2020 https://t.co/nnuuO65lFu

The selection of DeSantis' photo is not an accident. This entire story is a lie. The top four states for per capita COVID death rates are, in order, New Jersey, New York, Massachusetts and Rhode Island. Not exactly a grand tour of right-wing red territory, is it? Florida, if you're curious, ranks 27th, slightly better than average despite having one of the oldest populations in the country. The propagandists at Raw Story concocted this nonsense by cherry-picking a date range to match their partisan conclusion, simply excluding other dates that told the full story. Just amazing. The excess death numbers tell a more complete, and rather complex story – with Florida again performing better than average. The attack dogs just can't help themselves. May their failures continue. I'll leave you with this, which I strongly encourage you to read in full:

My goodness. Read @charlescwcooke’s thorough and utterly devastating takedown of Rebekah Jones, the shameless grifter, pathological liar, and repeatedly-accused criminal at the heart of a deranged buffet of anti-DeSantis conspiracy theories in Florida: https://t.co/o5uiz5sYEZ