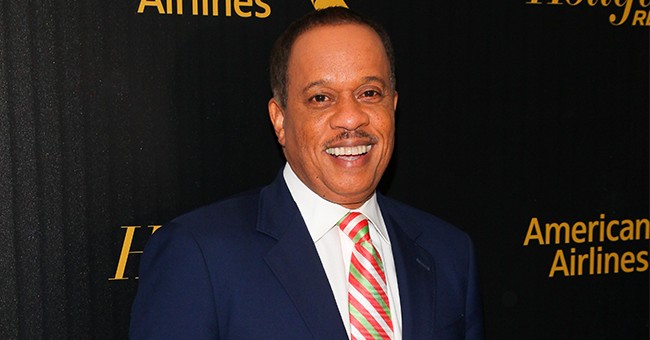 On my nationally syndicated Fox News Radio program this week, I got into it with my friend and colleague Juan Williams over his recent column asserting that Sen. Tim Scott – who delivered a superb response to President Biden's Congressional Address last month – ought to switch parties. Juan and I tangled over several related subjects, chasing each other down different paths and rabbit holes as I challenged his thesis fairly forcefully. Here's a snippet of one back-and-forth, with a link to the full combative exchange:

With due respect, I find Juan's entire premise to be flawed, if not offensive. Sen. Scott is a grown man who has come to his own conclusions about his political priorities and worldview. Urging him to flip over to an increasingly left-wing party smacks of racial paternalism. As for some of our specific disputes, here are some links to evidence supporting my points and pushback against Juan's criticisms:

(1) The 2017 tax reform law, on which Scott took a leading role, cut taxes across every income group, benefiting the overwhelming majority of taxpayers. The average family retained roughly $1,200 of their own earnings, which Juan (echoing Nancy Pelosi's arrogance) demeaned as "crumbs." Unemployment dropped to record levels, including among racial minorities. Wages finally increased substantially, disproportionately benefitting workers. The Left's persistent lies about the reforms cannot erase actual results, which led to a roaring economy before a virus from China tanked everything. Yes, Scott's opportunity zones were included in that law and have been put into effect. And yes, the rich already do shoulder more than their "fair share" of the federal tax burden.

(2) Politicians of both parties talked a lot about criminal justice reform for years, but a Republican Congress and President Trump actually got it done. Juan tried to dismiss this as other people doing the heavy lifting, but these facts remain: A GOP Congress moved and passed the legislation, with Scott in strong support as an original co-sponsor, and Trump not only signed it into law but touted it in his first re-election ad during the 2020 Super Bowl. Some partisans are invested in looking the other way on this, or downplaying the significance of what was achieved. But the achievements speak for themselves. Trying to minimize or erase this contribution from Sen. Scott is more about protecting a bogus narrative than anything else.

(3) In spite of Juan's protestations and misdirection, Sen. Scott introduced a very reasonable police reform bill last year, incorporating numerous bipartisan proposals into what amounted to an opening offer. Some thorny issues were set to the side, but Scott and then-Majority Leader Mitch McConnell offered Democrats a slew of amendments to try to improve the legislation as they saw fit (including on matters on which some Republicans were at least willing to discuss and compromise). Senate Democrats rejected all of it out of hand, mounting a filibuster (which they now cynically frame as racist, despite their active six-plus year streak of exclusively using that procedural tool) to prevent even a debate on Scott's proposal to proceed. For this, Juan blamed...Scott. For his trouble, Scott was rewarded at the time by Pelosi disgustingly accusing him of being complicit in the death of George Floyd, whom she later publicly thanked for dying.

Perhaps it makes sense that Juan Williams and company want to lecture Scott about what party he "should" belong to, considering how they're willing to ignore or sneer at concrete steps Scott has taken toward accomplishing ends they claim to care about. And to Juan's oft-stated point about racism within the GOP, it is true that each partisan coalition contains bigots, as Scott once again rediscovered in recent days. I'll leave you with a reminder of Joe Biden's "you ain't black" smear, which seems relevant to this general analysis.