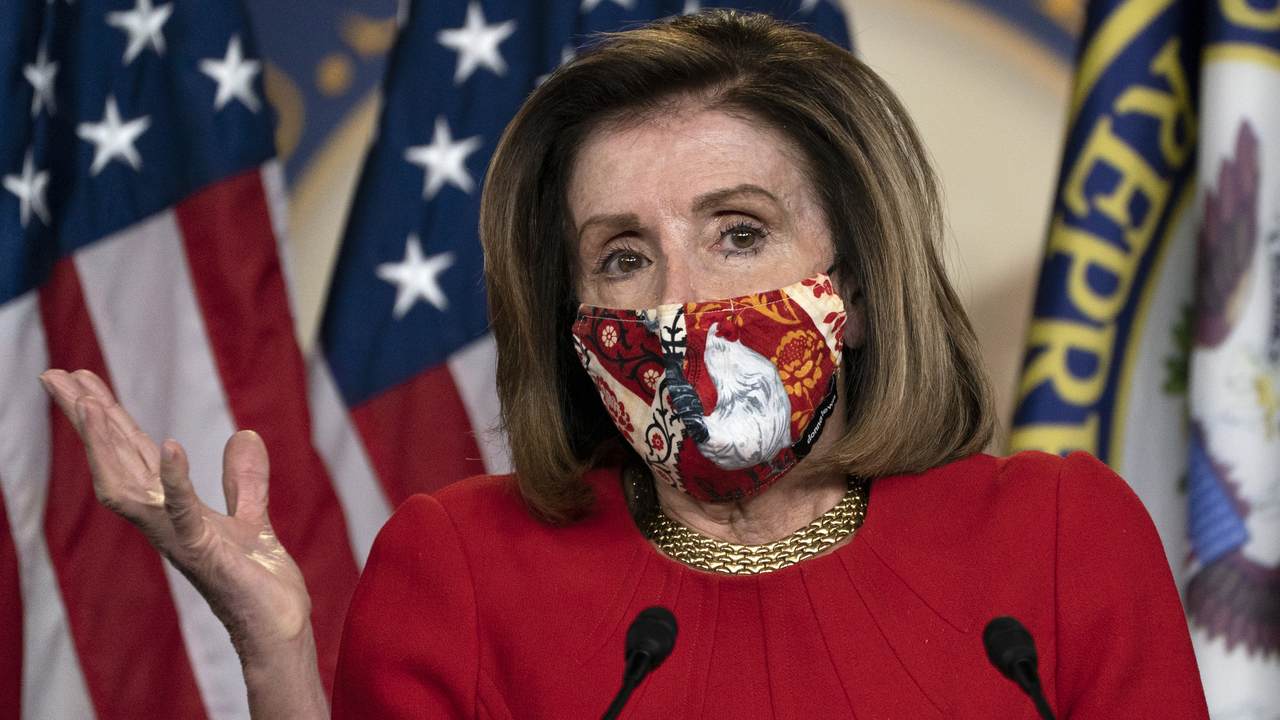 Even as most of the national press continues to ignore Democrats' scheme to steal a Congressional election in Iowa, citizens of the Hawkeye State are giving the audacious power-grabbing gambit two thumbs down.  A conservative group commissioned a survey of the district (I suppose they realized waiting for the press to pay attention and run polls was would be an exercise in futility), producing findings that do not favor the race's certified loser -- Democrat Rita Hart:

A Democratic House candidate in Iowa who lost by six votes out of more than 394,000 cast would be viewed as illegitimate by a majority of voters in the state if the Democratic-majority chamber seats her anyway, a poll shows...According to the survey, which was conducted for American Action Network by Republican polling firm Cygnal, a Republican polling firm, 7-in-10 voters in the district say a dispute about election results should be decided by Iowa’s courts, while just 9% want the dispute decided by lawmakers in Washington. The poll includes two-thirds of voters who say they voted for Hart in the November election. Additionally, 58% of voters in the poll say that if the House voted to overturn the state-certified election results and install Hart in Congress, they would view her as an illegitimate member. This includes 58% of voters in Davenport and 69% of voters in Des Moines, who would view her as illegitimate. Twenty-five percent of Hart’s own voters would also question her legitimacy, the poll says...

The poll also shows that a lopsided majority of IA-02 voters disagree with Hart's decision to appeal her race to the House of Representatives, rather than Iowa courts -- and most say that moving forward with this plan would make them less likely to vote for Hart in the future.  This is a perilous path Democrats are inching down.  Meanwhile, the rest of Iowa's incoming Congressional delegation, minus the only Democrat -- who's keeping his options open on election theft, apparently -- has written a letter to the House of Representatives insisting that the body respect the will of the voters and the state's official process and certification:

We write to express our deep concern with the effort of Rita Hart to contest her loss to Representative–elect Dr. Mariannette Miller-Meeks in Iowa’s Second Congressional District. As you know, Dr. Miller-Meeks was recently certified as the winner of this contest. Ms. Hart has stated publicly she intends to invoke the Federal Contested Elections Act (FCEA), 2 U.S.C. § 381, et seq., to change the result of this election. In so doing, Ms. Hart chose to circumvent Iowa’s established process and fair and impartial court system. Instead, she is choosing to circumvent Iowa election laws providing for a nonpartisan judicial process to seek a partisan-based judgment to overturn an outcome certified by a bipartisan state canvassing board. Her strategy displaces a nonpartisan process for a partisan one. That would create a dangerous precedent and should be rejected....

Ms. Hart is ... wrong about the inability of the Iowa contest court to have heard her claims. And, in any event, it was incumbent upon Ms. Hart to have tried the procedure provided to her by Iowa law first. If the contest court had ignored her claims, or permitted an arbitrary deadline to prevent her from having a full hearing, she might have a better claim to invoke the FCEA. We reject the notion that a losing candidate for federal office can simply decide what parts of state election law she thinks are inconvenient and simply ask the House of Representatives to change the election results on its own. The House of Representatives and the Senate have wisely in the past required losing candidates to exhaust their remedies under state law before contesting an election. The House of Representatives and the House Administration Committee should follow these precedents and dismiss any contest filed by Ms. Hart. Iowa’s election system is fair and thorough. It should not be replaced by an inherently partisan political process.

Iowa's Senators, pro-Hart newspaper editors, and the district's voters all agree that this is a bad idea.  Will power-hungry Democrats forge ahead anyway?  I'll leave you with an update from the only other unresolved House race in the country, where the GOP candidate has gained...one net vote as the process plods forward:

Expect that number to change over the next couple days @WBNG12News pic.twitter.com/fjAwOGfCqz

Nancy Pelosi has suggested that this race could also be decided by House partisans.