Trump Predicts a Coronavirus Vaccine By the End of the Year. He Might Be Right. 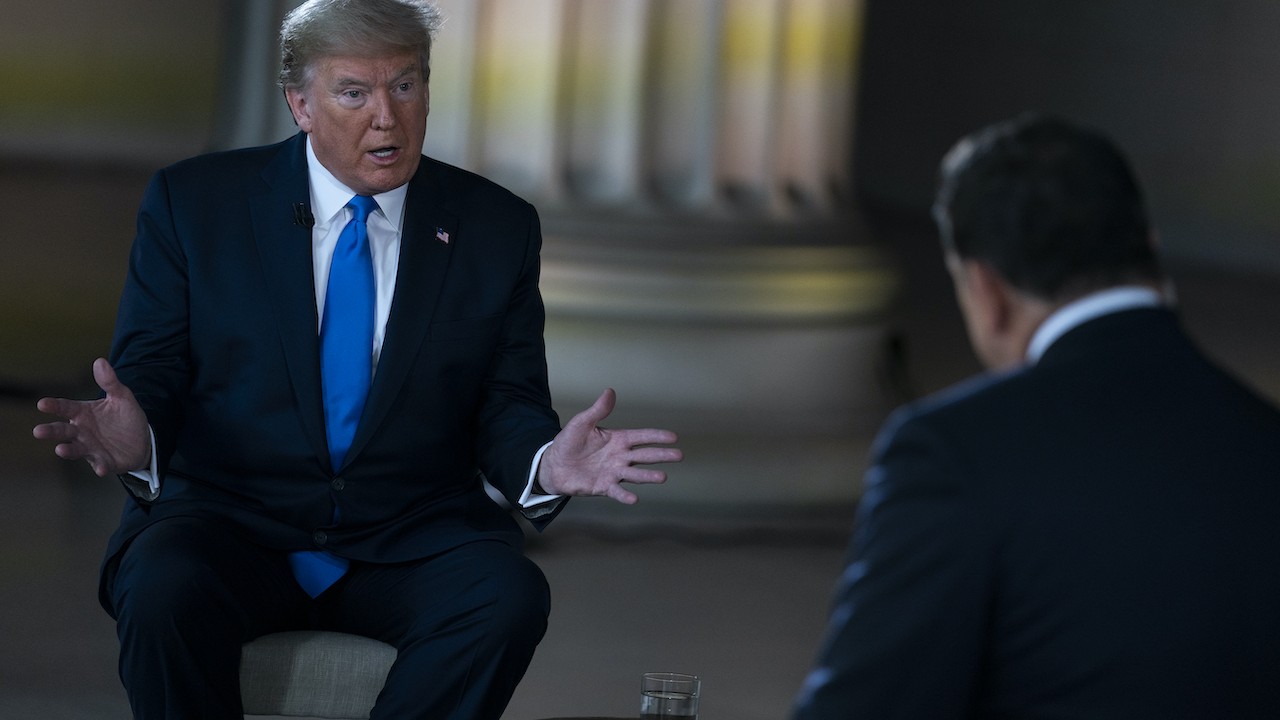 One of the headline-grabbing comments from President Trump's Fox News virtual town hall meeting on Sunday was his prediction that America may witness the development of an effective vaccine by the end of 2020. Given the president's penchant toward bravado, one might be forgiven for writing this off as hopeful, politically-minded boasting. Think of it this way: If voters don't feel marked improvements on both the public health and economic fronts by the fall, he's likely destined for defeat anyway, so why not swing for the rhetorical fences? If things are clearly and appreciably better by then, even if his vaccine optimism hasn't materialized, voters may be willing to give him a pass for being too upbeat. If things aren't clearly and appreciably better by then, an empty vaccine prediction will be just another nail hammered into his political coffin by opponents. In other words, what does he have to lose with this statement?

BREAKING: President Trump: "We think we're going to have a Vaccine by the end of this year." pic.twitter.com/Pw1QSnzrwY

But wait, writes Politico, he's contradicting the experts with this statement. Is he, though? Dr. Anthony Fauci recently stated that a rapid vaccine development and deployment is plausible:

Anthony Fauci said Thursday that it is possible that hundreds of millions of doses of a coronavirus vaccine could be ready by January as the Trump administration seeks to speed vaccine development. Asked by NBC’s Savannah Guthrie whether it is “in the realm of possibility” for hundreds of millions of vaccine doses to be ready by January, as the administration’s new Operation Warp Speed envisions, Fauci said, “I do.” “We want to go quickly, but we want to make sure it's safe and it's effective,” he added. “I think that is doable if things fall in the right place.”

That comment arrived against the backdrop of "Operation Warp Speed," the Trump administration's unprecedented partnership among the SU government, the US military and the private pharmaceutical industry to race to a vaccine in record time. Here's Dr. Scott Gottlieb also sounding fairly hopeful about at least some vaccine availability within the United States by year's end:

COVID-19 VACCINE: @ScottGottliebMD says that manufacturers could have a #coronavirus vaccine ready for trial by fall and could deploy it to cities with mass outbreaks to study its effectiveness pic.twitter.com/A2s2pCri5K

And on "Meet the Press" this past Sunday, an Oxford scientist said that prospects for an effective vaccine are "pretty good" and improving with each passing day:

British scientists developing a potential vaccine for the coronavirus hope to see a "signal" as to whether their vaccine candidate is working by June, an official involved in the effort said Sunday on "Meet the Press." Sir John Bell, the Regius professor of medicine at Oxford University, where one of the leading efforts to develop a vaccine is underway, said that the prospects for Oxford's candidate are "pretty good" and that "as every day goes by, the likelihood of success goes up."

Why so excited? Maybe because an early experiment on monkeys seems to have gone very well, as reported by The New York Times last week:

The Oxford scientists now say that with an emergency approval from regulators, the first few million doses of their vaccine could be available by September — at least several months ahead of any of the other announced efforts — if it proves to be effective. Now, they have received promising news suggesting that it might. Scientists at the National Institutes of Health’s Rocky Mountain Laboratory in Montana last month inoculated six rhesus macaque monkeys with single doses of the Oxford vaccine. The animals were then exposed to heavy quantities of the virus that is causing the pandemic — exposure that had consistently sickened other monkeys in the lab. But more than 28 days later all six were healthy, said Vincent Munster, the researcher who conducted the test. “The rhesus macaque is pretty much the closest thing we have to humans,” Dr. Munster said, noting that scientists were still analyzing the result. He said he expected to share it with other scientists next week and then submit it to a peer-reviewed journal.

"Immunity in monkeys is no guarantee that a vaccine will provide the same degree of protection for humans," the Times warns, but acknowledges "with dozens of efforts now underway to find a vaccine, the monkey results are the latest indication that Oxford’s accelerated venture is emerging as a bellwether." Allahpundit also makes a good point about this strange paradox: "Watching scientists brighten on the prospects for a vaccine while they turn grimmer on pretty much everything else is vertiginous. It’s like facing an enemy army when you don’t have enough armor, enough rations, or even enough bullets — and then being told that building a functioning nuclear weapon might be right around the corner." True enough, but if the vaccine timeline is as sunny as it seems, I'll certainly take it -- even if developments on other fronts (like effective therapies) are spottier. Every American should be rooting for Operation Warp Speed to succeed.  I'll leave you with two additional developments on this front:

Israel has isolated a key coronavirus antibody at its main biological research laboratory, the Israeli defence minister said on Monday, calling the step a "significant breakthrough" toward a possible treatment for the COVID-19 pandemic. https://t.co/QGzA3wrbpA

One more thought: These vaccines would cover the 'new,' worse strain of Coronavirus, I hope?