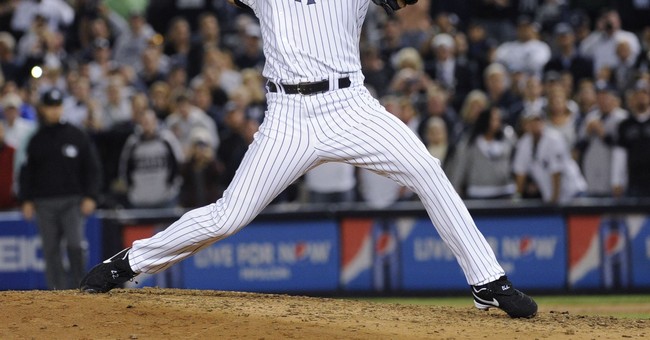 There's now an unmistakable fad in woke, clickbait 'journalism' that seeks to ruin or diminish someone or something by calling it out as "problematic" on an otherwise celebratory occasion.  For example, the petty op/eds published around July 4th arguing that America is actually mediocre at best.  Or stories highlighting the dredged up, years-old tweets of athletes or entertainers enjoying a moment in the spotlight for their achievements.  Or the nasty attacks on HGTV's star couple, or a lovable Hollywood leading man, because they happen to be people of faith who don't grovel at the alter of liberal orthodoxy.  Or the embarrassing left-wing hot takes printed to align with the 50th anniversary of one of America's greatest national achievements:

America may have put the first man on the moon, but the Soviet Union sent the first woman, the first Asian man, and the first black man into orbit — all years before the U.S. would follow suit https://t.co/DrTZYxvbD7

How Armstrong's “giant leap for mankind” helped perpetuate inequality—on Earth and beyond. https://t.co/GnNBfrQTBm

These are just a handful of instances within this pathetic genre that immediately popped to mind.  All that is good or joy-giving must be brought down -- or at least brought down a peg -- by our insufferable cultural scolds.  In many circumstances, however, all these 'cancel culture' warriors manage to accomplish is to build sympathy for their intended targets and underscore their own personal misery.  Which brings us to the Daily Beast's atrocious hit piece on MLB legend Mariano Rivera, the greatest closer of all time.  The supposed expose was timed to coincide with Rivera's induction into the Hall of Fame (he was unanimously selected on the first ballot, a remarkable first).  Readers are informed that over the course of his career, Rivera kept his political beliefs private (this is painted as sinister secrecy), but now that he's retired, his "far-right" leanings are coming to light.  And what do those views entail?  He's a Christian who loves Israel:

Over the past three years, [Rivera has] served at the pleasure of a racist president, taken part in thinly veiled propaganda on behalf of a far-right government in Israel, and gotten chummy with outright bigots and apocalyptic loons. None of this will be inscribed on his Hall of Fame plaque. It should, even if much of the sports world would very much like to pretend none of it exists.

"It should" mar his legacy, this writer asserts.  It, in fact, should not.  If you're wondering about the relevant details, Rivera "served at the pleasure" of President Trump by...participating in a nonpartisan listening session on combatting the opioid crisis.  The monster. He's also spoken out about his ardent support of Israel, the only Jewish state on earth, a conviction informed by his Christian faith. The 'far-right' government mentioned is the Netanyahu government, which has ruled for years by...winning election after election. Israel is the only fully functioning liberal democracy in the region. Unlike its neighbors, it respects religious pluralism, protects women's rights, and hosts gay pride parades. Yet it is framed the problem by its fanatical opponents, many of whom are anti-Semitic bigots.

It's true that in his post-baseball travels, Rivera has met with at least one unsavory character, but this guilt-by-tenuous-association gambit fizzles out; there's simply no 'there' there.  One of the allegedly offensive meet-and-greets cited in the article involves Rivera shaking hands with...the US Ambassador to Israel during an interfaith visit.  All of the post-ellipsis 'reveals' in this post underscore the fundamental pettiness and extraordinary feebleness of the Daily Beast piece.  Indeed, much of the story is a regurgitation of tendentious, misleading, agenda-driven anti-Israel talking points, with the IDF lazily portrayed as an organization of bloodthirsty supremacists who wantonly slaughter innocent Palestinians:

In May 2019, the IDF killed a 17-year-old Palestinian medic. In 2018 alone, 290 Palestinians—55 of which were minors—died at the hands of Israeli security forces...Rivera said the IDF trains soldiers to be “a better person, a better citizen, and a better human being,” according to a statement put out by the FIDF. Two-and-a-half months earlier, Israeli soldiers killed at least 60 Palestinian protesters in Gaza and injured thousands more.

Unmentioned are the context in which those deaths occurred, the violent agitation stirred up by the internationally-recognized terrorist organization that runs Gaza, the deliberate targeting of Israeli civilians by Hamas and Hezbollah, and the great lengths to which Israel goes to avoid unnecessary civilian deaths. The point of the story is that Israel is bad, as is Mariano Rivera, by extension. Any information that might cut against this ignorant narrative is simply omitted. Strangely, the story was paraded about as journalism, as opposed to a conspiratorial online screed from some euphemistically-described "anti-Zionist" forum.  The article also suggests that Rivera might actually -- and I know this is unconscionable -- support the president, although even that isn't clear:

Beyond Rivera’s pro-Israel activism, even though he’s never publicly given his endorsement, the Hall of Famer’s actions make it clear his sympathies lie with the Trump administration, which has backed all manner of far-right policies when it comes to Israel.

I'll pause here for readers regain their composure, following this unimaginable shock.  For his part, the slender, flame-throwing right-hander is refreshingly and utterly unapologetic in his support for Israel:

Here was my recent interview with Mariano Rivera in which he talked about why he's such a strong supporter of Israel https://t.co/QkPBRbsy3i

Asked if he had received criticism for taking a position on what can be a polarizing issue, Rivera said he had not but that it wouldn’t matter if he did. “If I do, I’m OK with that,” he said. “I know what I stand for: That won’t change. So, to me, criticism is more motivation to keep going forward — to push forward — for what I believe, for what I stand for. And again, that will make me even stronger.” He said, “To me as an individual, it’s just my belief, my relationship with my lord Jesus, that everything that I do, is according to the Bible.” He later said, “They are the people of God. They are the chosen people, so I’m not going to be against God.” He said of Israelis, “They want peace as we do. Love, respect, values as we do — as I do. Values for families as I do. So, they stand for everything that I believe.” His message for others, he said, was, “I deeply, highly, encourage you to go to Israel and visit and see for your own benefit, for your own eyes, then you can judge.”

I'll leave you with yesterday's lovely and classy induction ceremony speech from Rivera, who is literally the greatest of all time in his craft. That is so much more than can be said by the small, sad person who leveled this egregious smear against the beloved closer, on the very weekend the latter's dominant career was forever enshrined at Cooperstown. Once again, Rivera has induced a weak swing and a miss. Perfect.