Mueller to Trump's Lawyers: POTUS is Not a Criminal Target of Special Counsel Probe 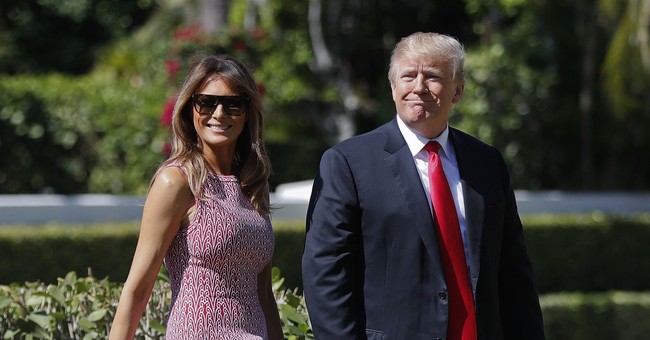 This Washington Post story -- not to be confused with this development -- dropped late last night, and response to it has been mixed thus far.  Some people are treating it as a bombshell that vindicates President Trump.  Others are reacting with a shrug, citing the various caveats and 'maybes' raised in the piece.  I think the truth lies somewhere in between.  Let's start with the heart of the breaking news, which was quite possibly leaked by someone in the president's camp:

Special counsel Robert S. Mueller III informed President Trump’s attorneys last month that he is continuing to investigate the president but does not consider him a criminal target at this point, according to three people familiar with the discussions. In private negotiations in early March about a possible presidential interview, Mueller described Trump as a subject of his investigation into Russia’s interference in the 2016 election. Prosecutors view someone as a subject when that person has engaged in conduct that is under investigation but there is not sufficient evidence to bring charges. The special counsel also told Trump’s lawyers that he is preparing a report about the president’s actions while in office and potential obstruction of justice, according to two people with knowledge of the conversations. Mueller reiterated the need to interview Trump — both to understand whether he had any corrupt intent to thwart the Russia investigation and to complete this portion of his probe, the people said.

Why isn't Team Trump treating this as unvarnished good news? Well, the RNC has blasted out the story, touting the fact that Trump is not "a criminal target at this point," according to the Post's sources.  I can understand why: Despite the potential snags that we'll get to in a moment, this revelation -- if true -- suggests that after nearly a year of rigorous work, Mueller's aggressive and left-leaning investigative team has not unearthed evidence that implicates the president in any indictable crime.  And we know that Mueller has not limited the scope of his probe to the Russian 'collusion' piece.  In other words, despite chasing down numerous leads and turning the screws on high-ranking members of Trump's campaign through prosecutions and plea deals, Mueller is not treating Trump as a target.  As John Podhoretz (a very Trump-critical conservative) wrote Tuesday evening, that's no small deal.  Some will try to downplay that apparent fact, but it's unavoidably significant.  Nevertheless, the lack of a full-blown celebration from the administration and its allies belies some ongoing concerns.  The primary worry within Trump's legal team, it seems, is that this reassurance from Mueller could be a crafty effort to persuade the president to agree to an interview with the Special Counsel -- an interview that could be used to ensnare Trump in a lie or admission that would make him a criminal target:

Mueller’s description of the president’s status has sparked friction within Trump’s inner circle as his advisers have debated his legal standing. The president and some of his allies seized on the special counsel’s words as an assurance that Trump’s risk of criminal jeopardy is low. Other advisers, however, noted that subjects of investigations can easily become indicted targets — and expressed concern that the special prosecutor was baiting Trump into an interview that could put the president in legal peril...The wide-ranging special counsel investigation, which began as an examination of Russia’s interference in the 2016 election, has expanded into other areas, including whether Trump sought to obstruct the probe...Mueller’s investigators have indicated to the president’s legal team that they are considering writing reports on their findings in stages — with the first report focused on the obstruction issue, according to two people briefed on the discussions.

Could this be a perjury trap, or some form of an obstruction trap?  By assuaging the president's paranoia about the so-called "witch hunt," Mueller may induce Trump to agree to risky in-person interview.  So it could be entirely true that Trump isn't a criminal target now, just as it could be equally true that Mueller suspects Trump is guilty of something, but can't upgrade him to 'target' status until after he gets certain answers out of him.  As the Post article says, subjects can turn into targets rather easily; all it takes is for the evidentiary winds to shift direction, even slightly.  Jim Geraghty is right to say that Trump should listen very carefully to legal advice on this matter:

What probably ought to unnerve fans of the president is the description of Trump’s reaction: "The president has privately expressed relief at the description of his legal status, which has increased his determination to agree to a special counsel interview, the people said. He has repeatedly told allies that he is not a target of the probe and believes an interview will help him put the matter behind him, friends said." It was just March 18 when Trump was arguing that Mueller was leading a partisan witch hunt, tweeting, “The Mueller probe should never have been started in that there was no collusion and there was no crime. It was based on fraudulent activities and a Fake Dossier paid for by Crooked Hillary and the DNC, and improperly used in FISA COURT for surveillance of my campaign. WITCH HUNT!” and “Why does the Mueller team have 13 hardened Democrats, some big Crooked Hillary supporters, and Zero Republicans? Another Dem recently added…does anyone think this is fair? And yet, there is NO COLLUSION!” Now Trump’s eager to sit down with Mueller, in a situation where any lie could be interpreted as obstruction of justice? If so, you just can’t save this man from himself.

Trump's attorneys are far likelier to agree to written questions and responses than a live interview, but it's not clear whether that would satisfy investigators.  Mueller has a job to do, and he should be allowed to do it.  The White House should cooperate.  But cooperation does not necessarily require placing the president in a needlessly precarious legal position, even if he thinks he can handle the grilling (especially after being informed that he's not currently a target).  Trump may truly believe himself to be 100 percent innocent of collusion -- and Mueller may actually agree.  But the former FBI chief may not be interested in snagging Trump on collusion at this stage of the investigation; his sights could be set on something else.  Ultimately, I tend to doubt that Mueller is aiming to indict the president. What seems more plausible is the special counsel team producing its findings in reports, which may end up detailing various degrees of misconduct or recklessness on the part of Trump's campaign or administration.  Absent criminal indictments, Congress would need to determine whether any of the potential issues raised in these reports rise to the level of an impeachable offense.  If Republicans control Congress when those conclusions are published, that bar would almost certainly be set quite a bit higher than if Democrats have regained power.  I'll leave you with this, on the topic of the 'I-word.'  Quote -- "We think avoiding impeachment is a strategic mistake. It’s what fires up the Democratic base:"