Yikes: This Breathtaking Percentage of Americans Can't Name Any of the Three Branches of Government 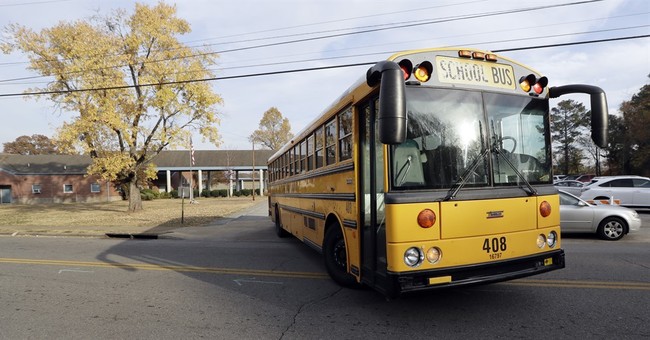 I've long been convinced that an under-explored element of our deteriorating national discourse and paralyzing partisan tribalism is a creeping public ignorance about fundamental civics.  How can we keep this republic if a rising percentage of its citizenry is unfamiliar with the core functions and structures of said republic?  Earlier, Micah linked to a public opinion survey in which a large minority of Americans -- 37 percent -- could not name a single component of the First Amendment.  This is pretty bleak stuff:

"Free speech" seems like it would be a pretty easy layup for anyone who spent even a few waking minutes in any middle school, high school or college US government class over the course of their academic lives, yet less than half of respondents checked that box.  And the numbers on religious and press freedom are just horrendous.  Apparently many of us are snoozing through civics lessons, or those lessons aren't being taught, which is worse.  Then we have this data, also drawn from the same new poll:

Only 26 percent of respondents can name the three branches of government (executive, judicial, and legislative), the same as last year. People who identified themselves as conservatives were significantly more likely to name all three branches correctly than liberals and moderates. The 26 percent total was down significantly from APPC's first survey on this question, in 2011, when 38 percent could name all three. In the current survey, 33 percent could not name any of the three branches, the same as in 2011.

Six years ago, those who could name all three branches at least outnumbered those who could name zero. Those numbers have now flip-flopped, with a plurality wallowing in total ignorance.  But at least conservatives "significantly" outperformed liberals, so....go team, I guess?  Rather than spiral into despair, I'll leave you with two tweets about America that inspired me this week.  Challenges and obstacles lie ahead, but the greatness of America still lies in her people:

Both the wife and I got a little moist-eye reading this full-page ad in this morning's @HoustonChron. Cheers to you, NOLA. pic.twitter.com/6OqGpXmYwT

I never heard the story of ex-Army veteran Rick Rescorla before, but what he did saved so many on September 11th - a true hero. #NeverForget pic.twitter.com/Hh1GT1UtFj