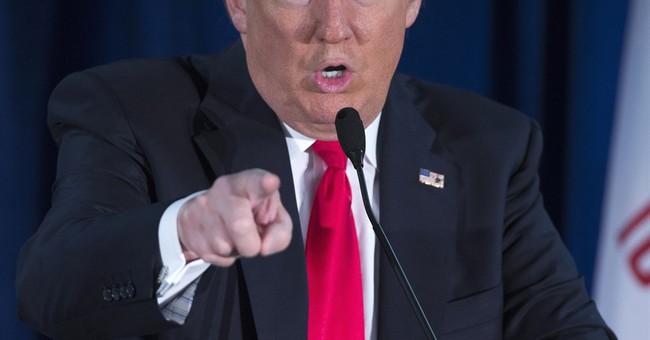 Scenario: If Donald Trump wins Iowa, he'll have proven that his supporters are more actively engaged than many observers had anticipated -- and that his campaign machinery is either more sophisticated than expected, or that nuts-and-bolts ground game operations don't matter much in this primary cycle. He'll carry New Hampshire by a wide margin, storming down to South Carolina with powerful momentum and a large lead in the polls. If and when he wins the Palmetto State, he'll be the prohibitive favorite to win the Republican nomination. What's the plausible case against this analysis? In my judgment, the best and most important opportunity to weaken Trump is in the Hawkeye State, where the billionaire is running neck-and-neck with Texas Senator Ted Cruz. Unless, that is, CNN's new poll is to be believed:


Some important caveats: CNN polling seems to be minting outliers this week, including on the Democratic side, where they have Bernie Sanders up significantly in Iowa and blowing Hillary out in New Hampshire. Polling guru Nate Silver questions the polling series' methodology, pointing to loose 'likely voter' screens and tiny sample sizes. The most recent Des Moines Register poll -- the gold standard in Iowa -- projects a much closer GOP race, as does a fresh Loras College statewide survey. I suspect the latter two polls are more reflective of reality than CNN's numbers, but we'll know soon enough who is correct. I discussed the Loras results with Gretchen Carlson, concluding that Trump has the momentum in Iowa, while Cruz has demographics and campaign machinery on his side (via Right Sightings):

In the topline numbers, Trump has netted eight percentage points against Cruz since December, pulling to a virtual tie. That's the obvious good news for The Donald (also, in case you were curious, this poll was in the field prior to Sarah Palin's endorsement of Trump). Cruz can hang his hat on his strength among evangelicals and very conservative voters -- and the fact that when you combine first and second choice data, he jumps to 48 percent, nine points ahead of Trump. As I mentioned in the segment, Marco Rubio also benefits from this metric, leaping from 13 percent to 30 percent.  In the meantime, Trump is doing his thing -- personally insulting critics, egging on his crowds to mistreat protesters, and avoiding substance like the plague.  Because he can:


Trump is also attacking Cruz for opposing the federal ethanol subsidy boondoggle -- which the pandering mogul now wants to expand -- and for not working with Democrats enough.  Iowans caucus in ten days.