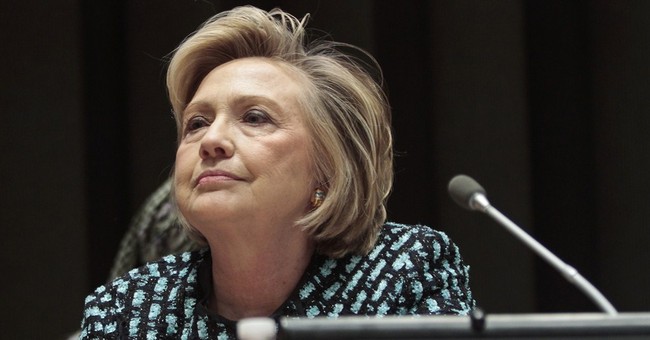 Via America Rising, a very curious assertion by Team Hillary buried within the Associated Press' sweeping review of the Obama administration's steep descent into secrecy. Before we get to the controversy involving Clintonworld, here's the AP's lede on what has become of Barack Obama's transparency "touchstone:"


The Obama administration has a way to go to fulfill its promises from Day 1 to become the most transparent administration in history. More often than ever, the administration censored government files or outright denied access to them last year under the U.S. Freedom of Information Act, cited more legal exceptions it said justified withholding materials and refused a record number of times to turn over files quickly that might be especially newsworthy, according to a new analysis of federal data by The Associated Press. Most agencies also took longer to answer records requests. The government's own figures from 99 federal agencies covering six years show that halfway through its second term, the administration has made few meaningful improvements in the way it releases records. In category after category...the government's efforts to be more open about its activities last year were their worst since President Barack Obama took office.


More censorship, less responsiveness, longer FOIA wait times -- and it's gotten worse. This president is a fraud. But that's old news. Obama is unpopular, he's lost independents, and he's on the fast track to lame duck status. But she who would be queen is another story. Charles Krauthammer has long discussed the administration's successful and ongoing stonewall on the Benghazi massacre, but that matter doesn't appear to be the only front on which Clinton's protectors are fogging over details. Hmmm:

Sometimes, the government said it searched and couldn’t find what citizens wanted…Likewise, [John] Cook, departing as the editor at Gawker, was exasperated when the State Department told him it couldn’t find any emails between journalists and Philippe Reines, Hillary Clinton’s personal spokesman when Clinton was secretary of state. … “They said there were no records,” Cook said of the State Department.


Really? State is claiming they can't produce a single email between Sec. Clinton's personal spokesperson during her entire tenure? Even when we have this email trail in which Reines memorably told a Buzzfeed reporter to "f***off" over Benghazi questions? America Rising offers the following challenge to other reporters: "We’ve got one question for journalists: do you have any emails with Reines Clinton’s Department claimed never existed?" It's a good question. Meanwhile, ABC News is reporting that officials at Bill Clinton's presidential library "can't find" a cache of cassette tapes containing private conversations between Clinton and top aides during his time in the Oval Office. Is Team Clinton culling and sanitizing the official record in advance of Hillary's rumored 2016 run? I'll leave you with this: