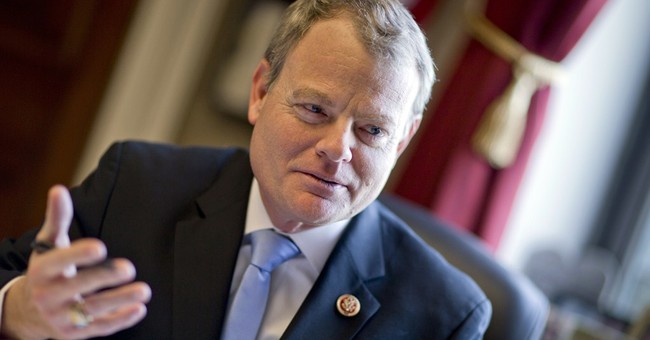 Like Utah Democrat Jim Matheson, Congressman Mike McIntyre (D-NC) bucked his party and voted against Obamacare in 2010. And like like Matheson, he has evidently concluded that he'd prefer not to put himself through a grueling re-election campaign -- especially in a cycle in which his party's signature law will be front and center:


U.S. Congressman Mike McIntyre is planning to retire at the end of his congressional term this year. The Democrat represents North Carolina's 7th Congressional district. McIntyre, who is in his ninth term, released a statement Wednesday on his decision to retire after 18 years in the House of Representatives.


National Democrats continue to put on a brave face by insisting they'll be thrilled to litigate the issue of Obamacare in the upcoming midterms. Others are claiming that the healthcare law won't be that potent by election day, or something. This bravado flies in the face of public opinion, polling trends, and the facts on the ground. McIntyre and Matheson -- in addition to several retiring Senate Democrats -- probably realize that trying to extricate themselves from the Democrats' Obamacare morass is a fool's errand, regardless of their voting records. Branding is powerful in a nationalized election. The Hill adds context: "Of the 34 House Democrats who voted against ObamaCare in 2010, just four may be running for reelection next year." That's no coincidence. The political handicappers are already shifting their projections for McIntyre's district:

Rep. Mike McIntyre (D) retirement moves #NC07 from Lean D to Likely R (would be Solid, but want to keep it on our @CookPolitical chart)


Long Island Democrat Rep. Carolyn McCarthy (NY) will also retire, according to sources. McCarthy was first elected to Congress on an anti-gun platform after her husband was tragically shot to death on a train in 1993. Her closest recent re-election margin was eight points in 2010, so Democrats expect to retain that seat. In a final House retirement-related note, respected conservative Barbara Comstock has announced her intention to seek retiring Rep. Frank Wolf's seat in Virginia. Wolf has handily won re-election victories for years, despite serving in a swing district. For reference, Mitt Romney and Ken Cuccinelli each carried the district by a single point. Comstock has a history of prevailing in close races in battleground Northern Virginia counties. I'll leave you with the type of ad McIntyre will no longer have to endure this year. He won by fewer than 1,000 votes in 2012: