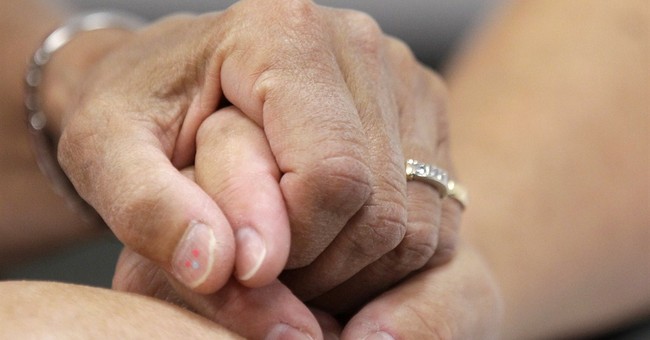 A New Mexico event photographer's refusal on religious grounds to shoot the commitment ceremony of a same-sex couple amounted to illegal discrimination, the state's highest court ruled on Thursday. New Mexico, along with 20 other states and the District of Columbia, has a law that explicitly protects individuals from being discriminated against on the basis of their sexual orientation. Another 29 states have no such protection. In refusing to photograph the ceremony, Elane Photography violated the New Mexico Human Rights Act in the same way that it would have if the company had refused to photograph an inter-racial wedding, the New Mexico Supreme Court said.

The Alliance Defending Freedom, which has represented Elane Photography throughout the years-long adjudication of this case, is vowing to appeal:

Jordan Lorence, a lawyer with the Alliance Defending Freedom who represented Elane Photography, said he is likely to appeal the case to the U.S. Supreme Court. "We believe that the First Amendment protects the right of people not to communicate messages that they disagree with," he said in a telephone interview.

Writing for the unanimous court was Justice Richard Bosson:

Justice Richard C. Bosson, writing in concurrence, said that the case “provokes reflection on what this nation is all about, its promise of fairness, liberty, equality of opportunity, and justice.” In addition, the case “teaches that at some point in our lives all of us must compromise, if only a little, to accommodate the contrasting values of others. A multicultural, pluralistic society, one of our nation’s strengths, demands no less.” The owners of Elane Photography, Jonathan and Elaine Huguenin, “are free to think, to say, to believe, as they wish” Bosson wrote. Nevertheless, in the “world of the marketplace, of commerce, of public accommodation, the Huguenins have to channel their conduct, not their beliefs, so as to leave space for other Americans who believe something different.” Doing so, Bosson said, is “the price of citizenship.”


Where to begin?  How about with a disclosure of my existing biases: Regular readers may recall that like most young Americans (including many young conservatives and people of faith), I happen to hold a fairly libertarian view on gay rights.  The fact that this lesbian couple sought to formalize their relationship doesn't bother me in the slightest.  But I'm also a staunch defender of the First Amendment and have expressed concerns for some time that once gay marriage sweeps the land, some gay rights activists will set their sights on mandatory affirmation.  That mentality threatens to trample religious liberty, and the outcome in New Mexico deepens these fears considerably.  Justice Bosson's legal reasoning is astonishing.  Shouldn't his lecture about "compromise to accommodate the contrasting values of others" apply to the couple in this case?  The owners of Elane Photography politely declined to participate in a ceremony that they believe violates the teachings of their faith.  There's an obvious path to pluralistic compromise under this scenario: The couple could have simply chosen another photographer.  The photos would have been snapped by a more like-minded photographer, and a third party's sacred rights enshrined in the Constitution's 'free exercise clause' would have remained intact.  Instead, the couple filed a lawsuit, based on the New Mexico Human Rights Act -- which the state's high court has concluded trumps the First Amendment.  In his concurring opinion, Bosson tries to draw a distinction between someone's religious beliefs and their day-to-day conduct.  For many people of faith, separating the two is not just impossible; it's an affront.  Is violating the dictates of one's conscience and religious worldview now the "price of citizenship"?


I recognize that Constitutional freedoms are not absolute.  The right to bear arms does not cover rocket launchers for private citizens, and the right to free speech doesn't offer an open license to advocate specific acts of violence.  Likewise, invoking the right to freely exercise one's faith does not necessarily serve as a blanket justification for any practice under the sun.  Balancing tests do and must exist, some of which are difficult and complex.  But we ought not lose sight of the historical fact that this country was founded on religious liberty.  Indeed, the pursuit thereof was what inspired the Pilgrims to seek refuge here in the first place.  The right -- not the privilege, the right -- to religious freedom is the very first item in the very first amendment to our founding document.  While its protections are not limitless, the 'free exercise clause' should be interpreted as widely and generously as realistically possible.  The New Mexico court's ruling does the opposite, placing extraordinary constraints on the nature of religious freedom in America.  Questions: Under this precedent, can a devout Muslim caterer be coerced into not only serving a gay wedding, but also to prepare pork dishes?  Would a refusal to adhere to the couple's wishes amount to illegal discrimination?  And is the practical consequence of this standard the ushering in of a new era in which people of faith -- be they faithful Muslims, Orthodox Jews, strong Catholics, or Evangelical Christians -- must choose between surrendering their belief system, and withdrawing from the marketplace altogether?  Wouldn't that be discriminatory?

Supporters of the New Mexico decision contend that the court acted correctly by applying anti-discrimination laws to this case.  If a Christian photographer can decline to serve a gay couple at their commitment, couldn't a business run by white racists refuse to serve blacks, and hide behind "religion" as a justification of bigotry?  Where does it end?  Three points: (1) There's an unpopular, but consistent, libertarian argument to be made that private businesses should be allowed to discriminate.  A businessman has the right to turn away customers for whatever reason -- just as the community has the right to shun a shop or restaurant for engaging in bigoted discrimination.  In short, we support your right to operate your store this way, but we will tell everyone in the neighborhood that you're a bigot and we'll use the free market to drive you out of business."  (2) The just application of laws often comes down to balancing interests and rights.  Surely there is a reasonable and meaningful difference between permitting, say, a "no Hispanics allowed" operating policy, and allowing traditionally-minded Christians to take a pass on participating in an event that explicitly consecrates a marital union that runs counter to orthodox doctrine.  (3) The "where does it end?" question can just as easily been turned on its head.  In 2008, a couple in Pennsylvania demanded that a supermarket decorate their son's birthday cake with his name, Adolf Hitler.  The market refused.  Were they wrong to do so?  Maybe it wasn't technically illegal in that instance because white supremacist anti-semites aren't a protected class under anti-discrimination laws -- but shouldn't they be?  They're a tiny, loathed minority that self-identifies as belonging to a special race.  Don't those circumstances practically cry out for protected status, since many people would (understandably) want to discriminate such disgusting human beings?

Finally, a point about the gay rights movement:  Groups like HRC have been extremely successful at changing hearts and minds on the issue of same-sex marriage.  The sea change in public opinion over the past decade alone has been nothing short of breathtaking.  One of gay rights advocates' most effective arguments has been pointing out that a gay couple's union does not impact straight couples' marriages.  This is a "live and let live" appeal to fairness and tolerance, and it's helped persuade many people to reconsider previously-held positions.  By shifting the battlefield from equality to enforced celebration, some gay rights activists risk alienating and offending many of the people who have become allies on other policy questions.  For years, many in the movement have accused their ideological opponents of denying basic human rights.  Will these same advocates now turn around and aggressively seek to strip religious people of their Constitutional rights by insisting that the judiciary radically define down what qualifies as religious freedom?  This impulse is destructive, counter-productive, anti-freedom -- and, by the way, exceedingly unpopular.

UPDATE - Jonah Goldberg expands on the libertarian argument I advanced above, and makes an important point on balancing tests and the role of the state:

The market's not perfect, to be sure. Sometimes the state does need to break down illegitimate barriers or, you know, crush slavery. But such intrusions should be for the really important cases, not the trivial ones. Instead, what we do today is make the trivial cases into important ones. Indeed, we've turned vast swaths of the government into an industry that searches out boutique and often ridiculous arguments for new "civil rights" and then mints them accordingly. Each newly minted coin diminishes the value of more legitimate rights and trivializes the responsibility of liberty.