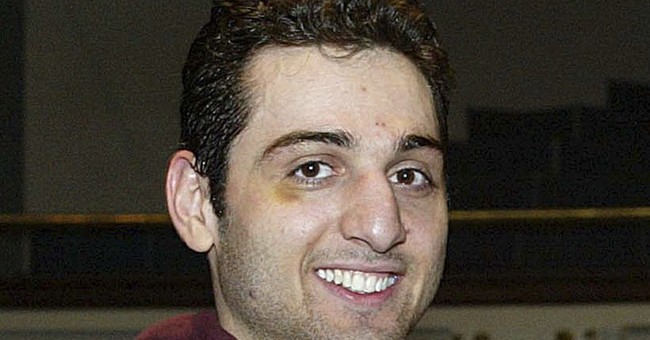 Heckuva job, Bloomie.  Via Allahpundit, who incredulously asks, "am I awake?"

The presence of the national gun control group in front of the state Capitol Tuesday night prompted numerous shouts from gun rights supporters. While there were about 40 No More Names supporters, there were at least 60 gun rights supporters at the rally. "I think this is a joke," said Tony Mayfield of Hillsborough, who brought his AR-15 rifle and Sig Sauer T39 handgun to the rally. "We have, for all intents and purposes, a corporation from out of state doing this little publicity stunt here." Rally organizers, whose bus had Texas license plates, refused to speak to a New Hampshire Union Leader reporter and referred him to the organization's national headquarters. Some of the loudest shouts came when a reader spoke the name of Tamerlan Tsarnaev, one of the Boston Marathon bombing suspects who was killed by police during a gunfight. "He's a terrorist," several protesters shouted.


This should have been the lede of the story, but it was buried in the eleventh graf.  Bloomberg's out-of-state, astroturf group rolls into New Hampshire with 40 protesters.  The local pro-gun picketers who arrive to offer a counterpoint end up outnumbering the anti-gun crowd at their own planned rally.  Then, as the "No More Names" group commemorates victims of gun violence by reading their names out loud, bystanders are shocked to hear Tamerlan Tsarnaev listed among the "victims."  Tsarnaev, you'll recall, was shot by police during a massive gun battle in the wake of the deadly Boston Marathon bombings, for which he and his younger brother were responsible.  Tamerlan has also been implicated in three additional murders.  AP follows up with a surreal question about "No More Names:"


As of this writing, the Mayors Against Illegal Guns website says 6,170 Americans have been murdered by people using guns since Newtown; I can’t believe I have to ask this, but does that list include criminals — or terrorists — killed by police in an exchange of gunfire?

Gun violence is tragic, especially when innocents lose their lives.  That's the sad reality, even as violent crime has ebbed to a four-decade low in America, despite all-time high levels of firearm ownership.  If these anti-gun groups want to have an honest debate about the issue and build meaningful consensus, why pad the stats?  How on earth would Tamerlan Tsarnaev qualify as a "victim" of "gun violence" when he was killed by cops who were returning fire after he blew up a bunch of innocent people?  Even more amazingly, they tried to pull this trick off in New England, a few dozen miles from the site of the terrorist attack.  As something of a moderate on these issues, the gun control lobby's behavior here certainly raises questions about the judgment and ethics of their entire cause.  They seem to know it, too.  Here's the Bloomberg organization in damage control mode after they inadvertently exposed their own tabulation methods:

Alex Katz, deputy communications director for the Mayors Against Illegal Guns campaign, said rally organizers relied on a list compiled by Slate.com of people killed by guns since the Dec. 14 massacre at Sandy Hook Elementary School in Newtown, Conn., “and his name was on the list.”… Tsarnaev “was absolutely not a victim, his name should have been deleted before the list was provided to a family member for reading and his name should never have been read. It was a mistake, it should not have happened and we sincerely apologize,” Katz said.


So their excuse, if true, is that they're outsourcing their own counts to lefty media outlets?  What responsible advocacy.  I'll say this for the disastrous New Hampshire event: At least it drew more than three people.