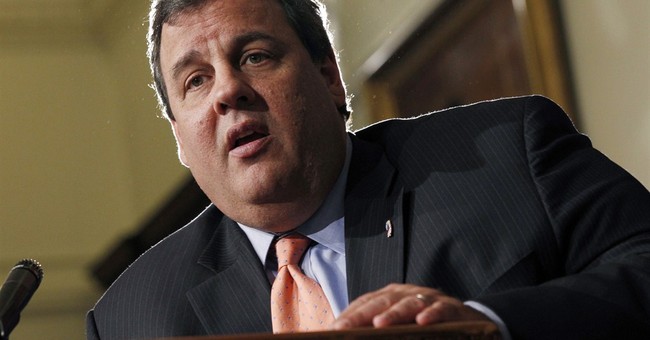 Here are the basics of Christie's baby-splitting decision, with political analysis to follow:


What conservatives will like:  As indicated in the USA Today story, New Jersey Democrats are already griping about Christie's call because he refused to align the special election with the already-scheduled general election in November.  A legal technicality would have allowed him to do so by waiting ten days to formally set the date of the special -- a delay Christie dismissed as dawdling and unnecessarily political.  Here's why Democrats aren't pleased: They want the Senate election to be held in November because the presence of a guy like Cory Booker on the ballot would help mitigate Christie's coattails as he cruises to re-election.  In other words, Democrats down-ballot would have benefited from voters heading to the polls to vote in the Senate contest on the same day as the gubernatorial contest.  But with that election now relegated to an October island, Republican candidates for state office stand to benefit a few weeks later with Christie -- and only Christie -- at the top of the ticket.  The New Jersey GOP has an outside shot of taking the state senate on election day, a task that would require five seats to change hands.  Also, during his presser, Christie heavily hinted that he'll select a Republican to hold the seat through October.  That decision should be announced within the next few days  NRO's Robert Costa is reporting what a source says is the governor's list of finalists, several of whom I name-checked as possibilities yesterday:

What conservatives won't like:  State law would have permitted Christie to appoint Lautenberg's successor and schedule the special election for November 2014, eighteen months from now.  Conceivably, Christie could have sent a conservative vote to the US Senate for that entire duration.  Some conservatives will argue that he should have exercised that option, making Harry Reid & Co's life a little harder for that time period -- particularly with critical votes on issues like immigration slated for the coming weeks and months.  Instead, New Jersey Democrats will almost certainly send a reliable liberal to Washington in a matter of a few months.  Also, scheduling a special election in October (with a primary in August) will cost the state $24 million, double the price tag of the special/general consolidation option.  Asked about the fiscal wisdom of that move, Christie said he "doesn't care" about the added cost, adding that the state would cover the full amount.  That's not exactly music to conservatives' ears, and the resulting soundbyte could make a killer attack ad in 2016.  In fact, Christie signed a law calling for election consolidation for the exact purpose of saving money.  Fiscal discipline can take a back seat in this case, apparently.
Bottom line: Viewing today's events through a purely political lens, Christie's actions were pretty savvy.  He tossed a bone to Republicans and Democrats alike while giving both sides something to grouse about, too.  His press announcement was decisive and framed in rhetoric that appeals to citizens' sense of fair play; he repeatedly intoned that respecting the people's "voice" and "choice" is his top priority in this matter, and that citizens should get the opportunity to send an elected Senator to the Beltway as soon as the law allows.  Democrats will whine about the supplementary cost of the special election (finally, some spending they oppose!), but I suspect most New Jerseyans won't care.  Christie has the small-"d" democratic high ground here.  Democrats will get their new Senator sooner rather than later, and Republicans will get a very temporary federal-level placeholder plus a better chance to make gains in November.  Whatever political maneuvering Christie pulled off today, it seems clear that his primary concern is state-level, not national, politics.  Many political reporters are looking at today's events through the prism of 2016, which I think as a mistake.  Christie is first and foremost positioning himself for a strong re-elect, possibly with down-ballot gains, this fall.  If -- if -- he has a presidential run in mind, he has obviously concluded that a robust re-election and a fruitful second term will be more valuable to him down the road than a few sops to national conservatives in 2012 and 2013.  It's a bit frustrating, but I think it's shrewd.  I'll leave you with the governor's full announcement:

UPDATE - It appears Democratic Congressman Frank Pallone and Cory Booker will duke it out in their party's truncated Senate primary.  Pallone is sitting on a mountain of campaign cash and will probably hit Booker on this:

“Let there be no doubt: I will complete my full second term as mayor of Newark, New Jersey,” Booker said back then. “And as for my political future, I will explore the possibility of running for the United States Senate in 2014.”


Hey, who's up for a bloody and expensive Democratic primary?  I'd love to see some polling on this match-up.  Maybe Booker will have to sweat for this seat after all.  Also, don't miss David Fredosso's argument that Christie followed the letter of the law to a T this afternoon.  New Jersey voters will vote for their next US Senator at the earliest legal date.