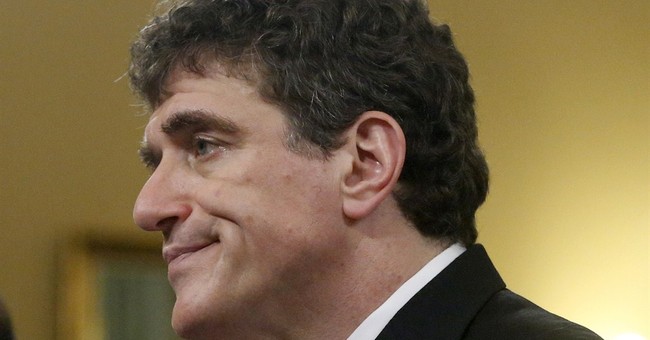 Stephen Miller, the acting IRS chief who "resigned" this week despite being on his way out the door anyway, appeared before the House Ways and Means Committee this morning to testify about his agency's documented malfeasance.  Here are the biggest take-aways so far:

(1) Miller repeatedly objected to the term "targeting" to describe the IRS' practices, which involved...targeting conservative groups for heightened scrutiny.  He said the term was "pejorative" and "loaded."  Miller later denied that conservative groups were even "treated differently," and faced no "litmus test."  Who believes this?  Both he and the Inspector General insisted there's no evidence (yet) that the targeting scheme was motivated by political bias -- aside from the entire basis of the scandal and any number of specific cases, I guess.  Miller did fleetingly admit that liberal groups were not subjected to similar definitional "triage," which seems to be the preferred term.  "Targeting" is so judgmental.

(2) Under intense questioning from several members, Miller said he doesn't know who was responsible for the agency's inappropriate conduct.  He wasn't even sure who investigated it within the organization.  No names. Over and over again, he said that he didn't know answers to questions.  He also claimed to have become aware about certain aspects of the scandal (such as the auditing of conservative donors and the leaking of private information to outside groups) through the news media.

(3) Miller revealed that the manner in which the IRS made the scandal public was coordinated and staged during a Q&A session last Friday.  Someone outside the IRS was tipped off to ask the question that prompted the initial revelation.  Hugh Hewitt makes a great point:

Focus on Lois Lerner-Celia Roady revelation. Roady tipped, got inside IRS info. How often does IRS tip it's "friends" and for what reasons

(4) Incredibly, Miller said that Sarah Hall Ingram -- the woman who was in charge of the division that chiefly responsible for the targeting program, and who now runs the IRS' Obamacare office -- is a "superb public servant."  He added that the division she ran provided "horrible customer service here."

(5) On disciplinary action, Miller stated that one employee has been "reassigned."  (He and one other IRS official have announced a "resignation" and "retirement").

(6) Democrats on the committee seemed to be working from a similar playbook: Expressing "outrage" over the targeting, then (a) invoking Bush and Citizens United, (b) explaining why this was all a stupid mistake that wasn't partisan or malicious, and (c) complaining about the influence of money in politics.  They circled the wagons around the White House and relied on heavy misdirection to change the subject.  Benghazi, redux.

(8) Here's a key exchange, in which Paul Ryan clearly lays out the evidence that Miller was not truthful with the committee last time he testified on the subject, before everything blew up.  Miller flatly rejected that he'd been anything less than honest, and "stands by" his previous testimony.  Damning stuff: