A Peaceful Transition of Power? 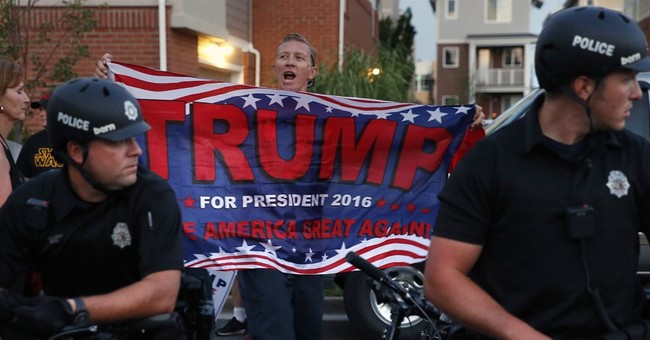 Donald Trump is poised to become our President-Elect. As per tradition, there will be a transfer of power – but will it be peaceful?

Hillary Clinton shocked many when she sent John Podesta out in her stead, though she officially conceded via phone call.

However, while Mrs. Clinton will most likely give her concession speech Wednesday, her supporters might not be there to listen. Many are rumbling on social media about protesting and even rioting later today, refusing to accept the results of the election. In LA, where there was a shooting at a polling station, police are preparing tonight for riots tomorrow. From the Daily Caller:

“Tempers are frayed in a number of our communities from the inflammatory language and policies that some have proposed,” a source told Deadline. “If the oucome sees Mr. Trump elected, measures are in place to maintain clam, if need be.”

Tim Mark, a senior correspondent at the Daily Beast, tweeted about unrest outside of the White House: