Bricks and Bombs in the 2016 Election 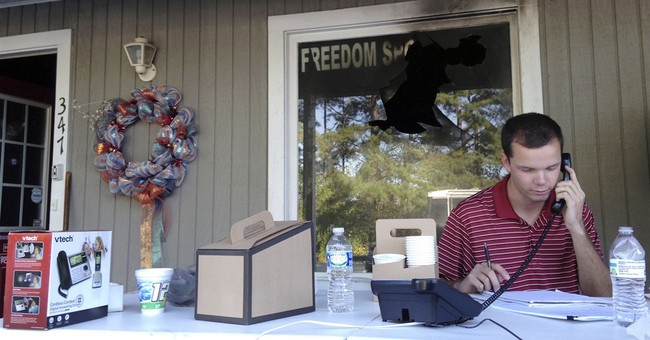 Another GOP office was attacked on October 8th. This time it was in Indiana. From Fox News:

“An Indiana Republican Party office was vandalized last week after someone tossed two bricks through the window, officials said Monday.

Officials said it would cost about $1,200 to replace the window and those interested in helping out with the cost could donate online.

Delaware County Sheriff Ray said that there have been numerous reports of campaign signs being stolen from yards in Yorktown and Mount Pleasant Township, according to Fox 59.

Dudley added that the reports were being taken serious and that removing signs from homeowners’ yards could call for prosecution under the Indiana criminal code.”

Here is the GOP office’s link to donate.

This vandalism comes mere days after the firebombing of a GOP office in North Carolina. While we should be thankful there was only a broken window in this case, it does not detract from how serious the issue is. These two attacks are a part of a growing trend of intolerance that has been a cornerstone of this election cycle.

When we start attacking each other in order to silence our opposition, we put democracy on its deathbed.