Saving or Stealing Syria? The U.S. Accused at UN 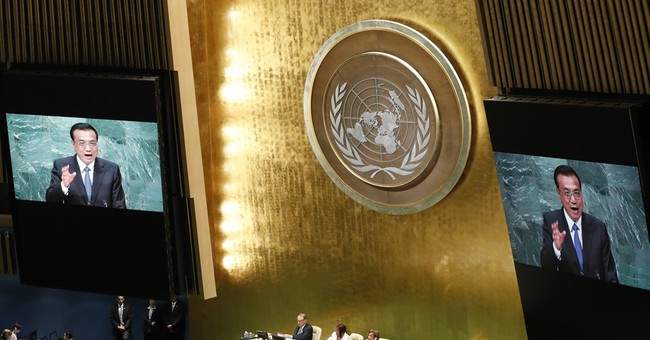 The Security Council is convening today to discuss the ever growing crisis in Syria. This meeting comes days after the week-old ceasefire deal collapsed – after Russia supposedly hit an aid convoy. Several world leaders expressed their opinions on how events have unfolded in Syria, as well as their suggestions for a concrete plan to end the conflict.

John Kerry’s plan aimed to de-escalate the situation just enough for humanitarian aid, ABC reports. He wants there to be a no-fly zone over “key humanitarian routes” so that aid convoys can safely get to those who are in the most desperate need. Kerry insists that such measures will “restore credibility to effort to end” the civil war.

While countries like Uruguay and France commented on the harsh regime and the need for a stable ceasefire, Venezuela’s representative took her speaking time to condemn larger political powers. She warned that larger powers were using the crisis to gain political control. Venezuela’s rep insisted that “citizens are not tired of their governments” but tired of other powers trying to govern them.

Now, Venezuela is not the only nation that suggested that the crisis was being manipulated for political gain. After detailing the requirements for a successful ‘National Reconciliation’ dialogue, Spain’s representative mentioned that he also believed that there were external actors “taking advantage” of the civil war, though he did not make any specific allusions as to which nations. The United Kingdom’s representative began his speech by reminding the room that the “barbaric” humanitarian crisis was worsened “by the actions and inactions of the countries in this room,” and insisting that all nations set aside their own political interests to create an effective resolution.

However, the Venezuela representative specifically mentioned the United States in her speech. She recounted how the claims about weapons of mass destruction were proved false after the U.S. invasion. While she did not specifically blame the United State for Syria, the connection between the Iraq issue and her passionate warning about ‘acting on lies’ to the international community implies that – at least – she believes the U.S. is trying to gain political clout through the Syrian crisis.

The Venezuelan representative ended her speech by asserting that her nation will support a ‘peaceful’ and ‘political’ resolution for change in Syria.

The Syrian Arab Republic’s representative also critiqued the United States’ actions in his country. He noted that the coalition was formed “outside international legitimacy” and without a role for Syria itself. He told the Council that originally the United States said that they would only be using force against ISIS, but has not kept their promise. According to the representative, American aggression made it so “proxy war [became] real war.” After listing several mistakes made by the U.S. military, he claimed that America wants to “demonize the Syrian government and its allies.” He alluded to ‘nations’ that use propaganda to “prolong the crisis” to further their political interests. He wants to find a political solution to the crisis determined by only Syrians, so that they do not become “another Libya.”