Keep Your Enemies Close: U.S. Buddying Up to Russia? 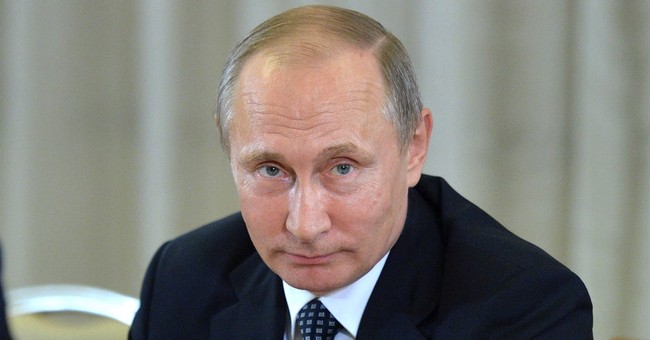 What was it that President Obama said when Russia first began aggressively encroaching on Ukraine? “We’ll continue to make clear to Russia that further provocations will achieve nothing except to further isolate Russia and diminish its place in the world…we’ll continue to look at the range of ways we can help our Ukrainian friends achieve their universal rights and the security, prosperity and dignity that they deserve.”

Now, two years after Crimea was illegally annexed, it seems that support for Ukraine has been pushed to the backburner.

This statement comes a month after Russia’s latest show of dominance towards its neighbor. Back in August, escalating accusations between the two countries led the Ukrainian president to prepare for war. In response, Russia kicked off war games in the Black Sea – right off the coast of poached Crimea – for the sake of protecting its land from ‘saboteurs’.

So why now? Why is the U.S. so interested in keeping the peace over defending the interest of an ally?

The civil war in Syria has not shown signs of ending – with the death toll reaching 300,000 and ISIS continuing to feed on the anarchy. In an attempt to end the conflict, or at least gain some control, the U.S. and Russia signed another cease-fire agreement that is already plagued with mistrust. This agreement comes about four months after the last cease-fire ended in May. What is even more controversial is that, unlike the last cease-fire agreement, there is, “a provision for the United States to carry out joint airstrikes with Russia against extremists whose positions are known to be entangled with the moderate rebels on some front lines” though Kerry did stress that there was no provision “for the US and Russia to approve strikes by the Syrian regime” the Washington Post reported.

Leaders in the U.S. government are divided – but all wary – about climbing into bed with Russia. The country has been aggressive on several fronts – this year’s election, in Ukraine, at the Olympics. How can we trust that it will hold up its end of the bargain and keep Assad in check? Should we be worried about “friendly” fire in those joint airstrikes?

In order to keep the peace with our new bedfellow, the U.S. has to focus on one issue at a time. While it may be upholding sanctions that began this September, it’s unsurprising that the focus will be on maintaining and cultivating as much Russian cooperation as possible.

But questions remain. How will this impact the US’ ability to act against Russian aggression towards Ukraine in the future? By easing the condemnation on the Ukrainian front, how much leverage is the US giving Russia? And how much will Russia use this leverage with us in Syria? Is this the beginning of a pattern of appeasement?