Trump Must Confront Biden on Hunter Emails at the Debate, Muted or Not 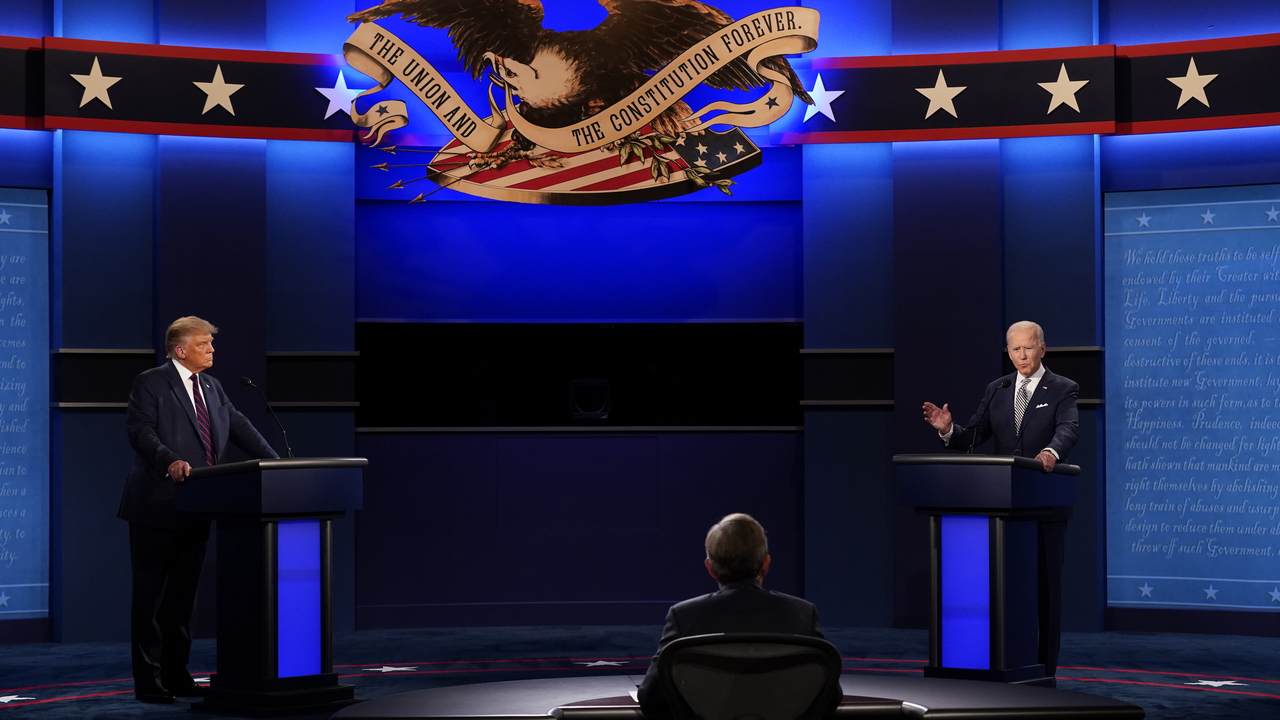 President Trump has exactly one mission for Thursday's final presidential debate with Joe Biden: make him answer a real question about the bombshell reporting on his delinquent son's nefarious overseas activities. Force him to address the fact that he told the American people he had no knowledge of Hunter's sketchy business deals despite strong evidence that he not only knew but likely benefitted from them. He lied, and he must be called out.

The Commission on Presidential Debates (CPD) is dead set on providing their beloved Democratic candidate with a clear map to success and a sherpa, moderator Kristen Welker, with the ability to mute candidates. Trump must not let the CPD or Welker stop him from directly asking Biden the question he least wants to answer.

Plenty of pundits and GOP members who actively want Trump to win reelection have suggested and even advised that the president avoid any talk of Hunter Biden. Instead, they want him to tout his economic achievements. The president should talk about his economy and how his regulation rollbacks and support of energy and manufacturing jobs ushered in some of the lowest unemployment numbers in the nation's history, including the lowest ever unemployment rate for African Americans, all while the Left accuses him of being a racist.

But it would be a cosmic error for Trump to dance around the scandal involving the Biden family, for which more corroborative evidence is produced every day. It would be a disservice to the American public for Trump to avoid mentioning the biggest Big Tech censorship threat to conservatives that has ever existed and their blatant attempt at election interference. It would be unconscionable for the president to refuse to put the screws to Biden as the media, the Left, Big Tech, and their countless allies embedded in our public square squeak through a debate without so much as mentioning the scandal.

President Trump won his bid for the White House in 2016 because he became a voice for many Americans who felt silenced by the Washington machine. Tonight, he must remind those supporters and his new supporters that he is still the voice for the voiceless by asking questions no one else will, even if he is being silenced by Welker's mute button.

The story of Hunter Biden's emails and his financially beneficial relationships with foreign entities, including elites from the Chinese Communist Party, is not just a scandal meant to derail Joe Biden's presidential campaign. It is a real indicator that a leading candidate for president of the United States and his family enriched themselves through criminal means and the American people have the absolute right to ask questions about it.

As I suggested last week, Trump does not need to follow the questions posed to him by a very partisan Welker. He is allotted time to speak and he should use that time to his advantage. There is no need for Trump to discuss climate change, despite Welker's insistence that it is a crucial issue for voters just 13 days from Election Day. It is not. Voters know where Trump stands on issues like the Green New Deal and banning fracking. What they want to know, and what Trump has an obligation to tell them, is just who Biden is and what type of leader they can expect if they vote for him: a corrupt one with a walking liability of a son who cannot be trusted to make sound judgments about foreign policy.

Biden is at best weak on foreign policy and, at worst, compromised by his relationship with high-level foreign entities. He cannot wish this scandal away by shouting at local reporters and accusing them of trying to smear his family. The voters don't believe that, and they want to know what is going on.

If Trump faces the dreaded muting by Welker as he attempts to give truth to viewers, he should go as far as to consider taping the plethora of damning emails to his suit and forcing Biden to read them on stage. Perhaps he could even learn Morse Code this afternoon and blink the emails at Biden throughout the debate. Whatever he comes up with, he should not surrender to the CPD or Biden, under any circumstances.

There is no need to smear the Bidens and cast aspersion on their family; they have already done that to themselves. Trump only needs to give oxygen to the stories that the media and the Left refuse to acknowledge.

Just like Trump gave the American people the voice they thought they'd lost four years ago, he must echo their demands for accountability tonight, on stage, in front of the nation.