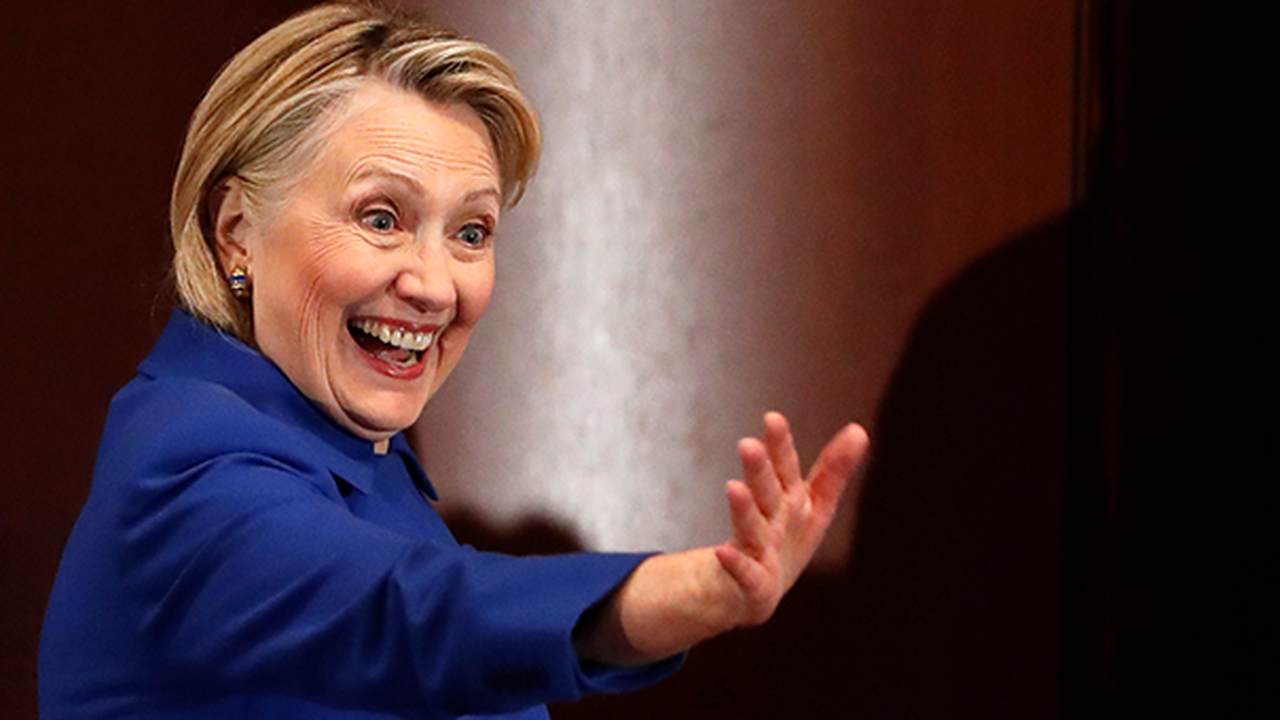 Democratic vice presidential candidate Sen. Kamala Harris turned 56 on Tuesday, gathering birthday greetings throughout the day on social media. Many celebrities, politicians, voters, colleagues, friends, and family offered their well-wishes to Harris as she continued her drive to election victory with Joe Biden. But one Twitter greeting reminded many people of something similar they'd seen just four years ago with a fairly embarrassing epilogue.

With just two weeks left until Election Day and engaged in a tight race, it might behoove oneself to avoid making any clear predictions about the outcome. This sentiment would seem obvious enough, but former presidential candidate Hillary Clinton couldn't help but include a wistful projection in her message to Harris.

"In two weeks, we could call this birthday girl Madam Vice President," Clinton said in a tweet.

Immediately, the internet recalled exactly what Clinton had said when wishing herself a "Happy Birthday" almost exactly four years ago.

"Happy birthday to this future president," she tweeted, with just days to go until Donald Trump was declared the winner in a stunning upset. People on Twitter were hard on Hillary, using her incorrectly optimist birthday wish to herself as fodder for months after her loss and abrupt end to her political career.

And those same people immediately remembered her mistake when she heaped the same tinged message on Harris for her birthday, similarly close to the election.

This tweet didn’t end well for you last time....

At least this time around, Hillary added in the word "could" to avoid the fateful error of her own bad prediction, but she was unable to restrain herself from wishcasting Kamala into an office that could very well never be hers.

Hillary is trying to crash the Biden Harris campaign out of spite using her loser vibe. if you are a normal Democrat and care about this election you should be figuring out how to deport or imprison her https://t.co/DCyYdMBvMw

It’s like the cringe folded in upon itself and became a collapsing star black hole of cringe. https://t.co/4HOEn6l6z2

And with just two weeks to go, it doesn't seem like the needle is moving in favor of Harris and Biden as the pair do their best to avoid any discussion of a brewing scandal involving Hunter Biden. Many polls have stagnated across the country, while others have shown Trump narrowing or eliminating the Biden-Harris lead.