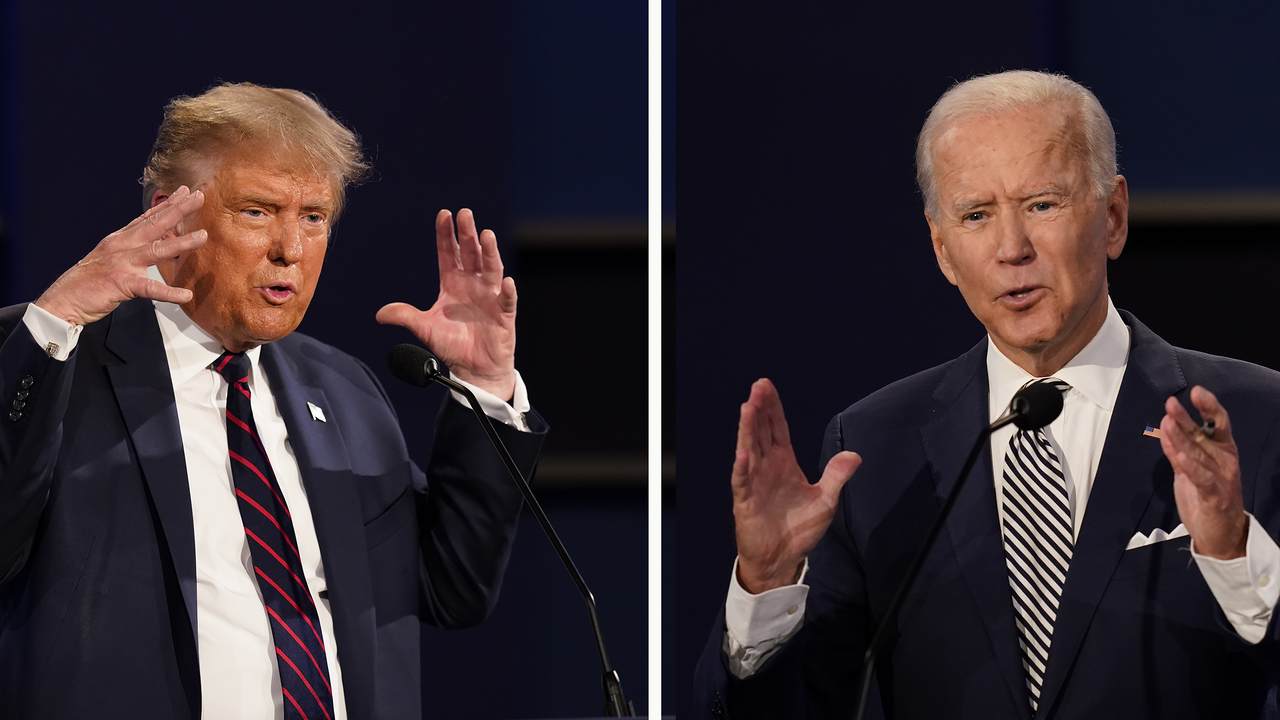 President Trump and Democratic nominee Joe Biden will have one more chance to square off in public before the election on November 3 this Thursday in the second and final presidential debate. If we've learned anything this election cycle, it's that these presidential debates have been humming along for decades without anyone noticing that they were controlled by a commission packed with elitist swamp creatures and are not the "unbiased" affairs we always took them to be.

That said, neither the president nor Biden have indicated that they do not intend to participate in the debate on October 22, though both men are entering the head-to-head with pretty notable handicaps. Trump, obviously, will be burdened by the crystal clear fact that the Commission on Presidential Debates (CPD) despises him and will face a moderator who is unashamedly in support of Democrats. On the plus side, Kristen Welker has not yet reached out to Anthony Scaramucci on Twitter for advice on how to communicate with Trump and then claimed she was hacked.

At least there is that.

And with Welker's personal and familial history with the Democratic Party published for anyone to see, Trump will already be well aware that the deck is stacked against him, a situation he is quite familiar with. If Welker manages to interrupt him less often than NBC's Savannah Guthrie did during last week's town hall event, she'll already be a better moderator for Trump.

Of course, the CPD and Welker had one last trick up their sleeves leading into Thursday's debate: the pre-selected topics. The general understanding of both campaigns was that the last debate was meant to focus on foreign policy. Naturally, the timing of this focus would have been a boon for Trump as Biden plays duck and cover after allegations that he participated in several nefarious schemes with foreign entities while serving as vice president, including the Chinese Communist Party (CCP). Meanwhile, Trump has secured peace in the Middle East to an extent that most people in the world never believed possible.

And as they should, the Trump campaign sent a strongly worded letter to the CPD after its announcement that it basically dropped foreign policy from the conversation, just days after the bombshell report about the Biden family.

Our letter to the BDC (Biden Debate Commission) pic.twitter.com/ZsY5JfMbT7

It's not likely that the letter from Stepien is any real threat not to participate. The final debate is the last chance for potentially on-the-fence or moderate voters to see the president answer any questions at all.

Biden is saddled with what should be a far greater handicap: very real evidence that his son Hunter sold access to his VP dad and then kicked back half of his earnings to "pop," as well as arranging high-level firings of troublesome prosecutors and deeply shady transactions with CCP elites.

But fortunately for Biden, he has the media, Big Tech, the CPD, and Welker all firmly on his side, so if he gets questions about this topic that do get him in trouble, they will only come from the president himself. For Biden to be declared the winner of the debate, for whatever it's worth, all he has to do is steer clear of any Hunter talk and avoid snapping at the moderator.

Trump has much more work to do, coming in as the underdog and the participant from the first debate deemed to be the loser, the most combatant, and the most unprepared.

To win on Thursday, Trump must allow Joe Biden to answer the questions he is asked. Yes, they will be softballs – they will be prop-ups to allow him to spotlight the most effective portions of his garbled policy proposals, but Biden will make mistakes if Trump takes a beat and allows the man to mutter through his answers. He will dig himself into a hole if Trump allows him to hold the shovel.

Trump should also stand up to Welker when she inevitably tries to cut him off and interrupt him, but take a page or two from Mike Pence's playbook and not lose his temper, but instead, use his speaking time to make the points he needs to make. This is not to say I would advise him to necessarily answer the partisan questions designed to make him look bad; instead, he should use that time to describe to the national audience his plan to make this country great. This is Trump at his best.

The president cannot win the debate if he gets bogged down in leftist talking points like climate "emergencies" and denouncing whoever he was supposed to denounce and didn't do it enough. Trump also needs to smash down Obamacare talk by reminding Americans how awful it is: sky-high premiums, impossible deductibles, and lack of choice in who your doctor is.

Trump will win the debate if he sticks to talking about the real change that has occurred under his watch: job growth, the economy, peace in the Middle East, bringing home our troops, killing bad guys, Opportunity Zones, and all those judicial confirmations. He should hoist up these successes at every single opportunity until everyone at home is screaming "four more years."

Of course, it's just a debate, and it seems hard to reason that anyone hasn't made their choice by this point. But in a close race like this one, if he can convince just a small number of Americans why they'll be better off with Trump than with Biden, it could make the difference.