Amy Coney Barrett Makes Me Want to Be a Better Woman 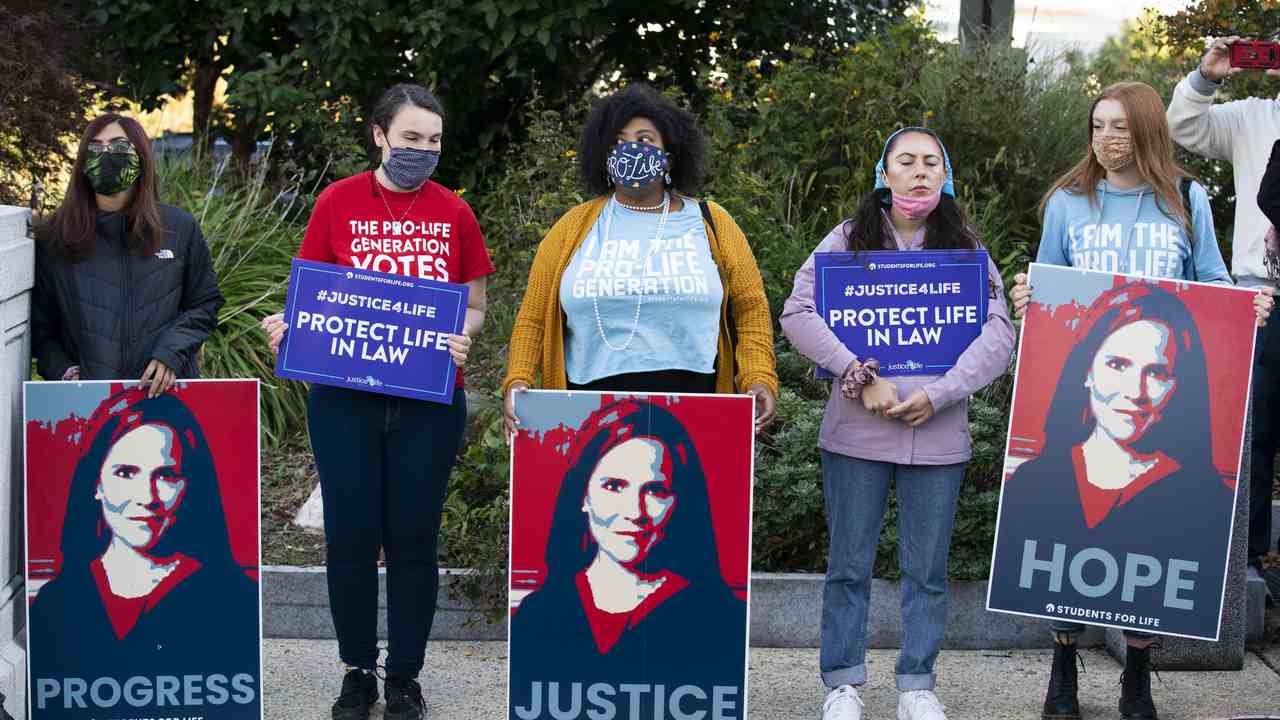 As someone who writes about political figures and media personalities for a living, it is not common for me to hail any single person as an actual role model, a person whose very presence in the public sphere inspires me to be and do better. But this week, I found one such person in Judge Amy Coney Barrett as I followed her confirmation hearings, held in front of the often intimidating albeit ridiculous Senate Judiciary Democrats.

Of course, Amy Coney Barrett's name has been floating around political media for a few years now, dating back to her nomination to the Seventh Circuit Court of Appeals. Her judicial record is well known among those that write about federal judges, and, of course, her Catholic faith became well known after Sen. Diane Feinstein attempted to deride her for it in 2017.

As Barrett appeared with President Trump in the Rose Garden on September 26, with her large family in tow, we as a nation were all fixed on the woman the Left had painted as a religious zealot with no regard for the law, only an eye on dismantling rights for marginalized people and ending abortion. What kind of Supreme Court Justice might this woman so hated by the Left turn out to be?

And for the past two weeks, we waited in wonder at how these confirmation hearings might go. Surely, after the last Supreme Court confirmation of Brett Kavanaugh, the nation likely looked at the process as a bit more stressful than a normal proceeding on Capitol Hill, to say nothing of the Democrats' insistence that confirming a justice was a "sham" so close to Election Day.

But as Judge Barrett, her husband, her children, and her siblings filed into the hearing room of the Senate Hart Building on Monday, we were all about to meet one of the most impressive people that has ever set foot in Washington, D.C.

For three days, we watched in awe as this impossibly smart, educated woman answered questions, recalled facts from seemingly obscure moments of the past, and talked about her dear family. She talked about the law and her great respect for our common, binding document. She taught us all the true meaning of "originalism" and "textualism" and told everyone watching exactly what the role of the judiciary branch of government was meant to play.

She did this all with a blank notepad in front of her and an untiring attentiveness to the committee and the senators addressing her. She never ventured from poise, confidence, and grace, and even maintained a sense of humor: something that is so rarely seen during a Capitol Hill hearing one might think it forbidden.

Strive every day to be like Amy Coney Barrett in this image. We’ll never get there but just by trying we’ll all be better people pic.twitter.com/5jPDqHlI4v

When asked how she possibly mothered seven children and led a successful career as a professor and then a Circuit Court judge, she didn't bat an eye.

"Improv," she said with a smile.

And Barrett brought something else to Washington that has become taboo in our modern age: faith. She upended the narrative that a married Christian woman with a big family could not think for herself or hold her own views.

"I have my own mind," she reminded the Democrats who berated her for calling the late Justice Antonin Scalia a mentor. And through three days of hearings, rambling lectures and illogical questions from Democrats, Barrett's own mind became very clear.

She showed the entire doubting world the kind of strength that comes from a life of faith, love, family, and dedication to hard work with a level head.

In a time when the world is sadly short on Christian role models and leaders who live their faith publicly and without apology, Judge Barrett is distinguished.

After the first day of hearings, Fox News host Ainsley Earheart said that she wished she could sit down with Judge Barrett's parents and ask them what exactly they did to raise their daughter to be the woman she turned out to be.

Because, Earhardt said, she wanted her daughter to be just like Barrett.

Indeed, by the close of Barrett's time with the committee on Wednesday evening, I knew we had just heard from a woman that had inspired parents across the country to express the same sentiment. Barrett showed us all what a Godly, patriotic woman of character and conviction can achieve through genuine spirit and dedication to her family and career.

Barrett was asked why she accepted the nomination, knowing that her life in the public eye could put a great strain on her family. She said instantly that she believed she could help the country and all the people in it.

"I believe Americans of all backgrounds deserve an independent court that interprets our Constitution and laws as they are written,” Barrett said. “And I believe I can serve my country by playing that role."

I, too, believe that Amy Coney Barrett will serve her country with distinction and with the highest level of integrity and personal character a person can possess. I believe she is clearing the path for more Americans of faith and Christian values to follow in her steps. I wake up every day now with the inspiration to be a bit more courageous, a bit more patient, and more dedicated so serving my country and my God.

I believe in Barrett and thank her for stepping up and showing women, men, and children what truly is possible in this country. And I cannot wait for her to be the next justice of the United States Supreme Court.