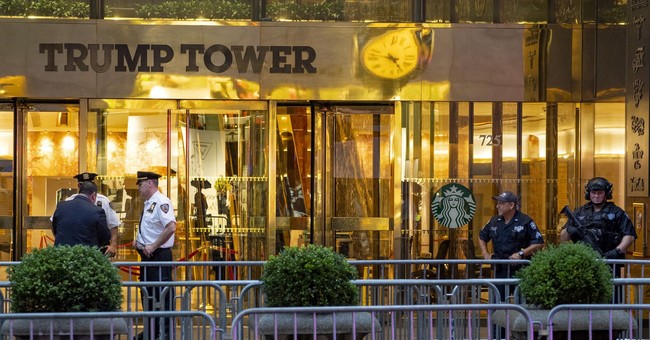 Two men have been arrested and charged for planning several terrorist attacks on U.S. targets, a federal affidavit obtained by The State said. The men, Kristopher Sean Matthews of South Carolina, and Jaylyn Christopher Molina of Texas, stand accused of conspiring with ISIS and supporters of the terrorist group to attack multiple mass casualty targets.

Documents say that Matthews, also known as "Ali Jibreel," and Molina, also known as "Abdur Rahim," are currently in federal custody, accused of "conspiring to provide material support or resources to a designated foreign terrorist organization."

According to documents from the U.S. District Court for the Western District of Texas in San Antonio, both men used encrypted messaging last year to connect with ISIS sources outside of the United States in an attempt to travel to Syria and potentially recruit other men to assist in their plot. The two also discussed the possibility of moving overseas to join ISIS.

2 men planning to attack Trump Tower for ISIS have been arrested. They planned for the attack to be "Netflix worthy". They also had discussed attacking the NY Stock Exchange. https://t.co/VaDLjZp4KF

The men reportedly wanted to facilitate "Netflix level" attacks on several high-profile targets, including the Trump Tower on 5th Avenue in New York City and the Federal Stock exchange in lower Manhattan.

Molina is accused of using that same encrypted messaging system to provide manuals on how to operate and practice with an AK-47 rifle and other instructions on how to make explosive devices.

The men reportedly shared their anti-American sentiments on social media while being tracked in secret by U.S. intelligence. The two sought celebrity status in their planned attacks, looking for high-profile marks with the potential for mass casualties.

In one conversation detailed in the charging documents, Molina said to other supporters of ISIS and those harboring anti-American hatred, "we need to stick together, we need to defeat them, we need to take a lot of casualties."

Other recorded communication included that the men felt that through their plan they would achieve "rock star status, baby" and that planting bombs in several locations across the country could be "Netflix worthy." The documents did note that Matthews included that he would prefer to avoid locations like shopping malls, where there could be innocent children.

If convicted, both men face 20 years in federal prison and the possibility of lifetime supervision. Matthews is accused of originating the plot against his own country, with Molina joining at a later date. Molina was arrested on Monday in his home state of Texas while Matthews was apprehended in Tennessee.

The Department of Justice has not yet commented on the charges against the two men. But according to documents from the District Court in Texas, charges include promoting radical Islamic ideology, discussion of conducting terrorist attacks in the U.S. and abroad, and discussion of travel to Syria for the purpose of joining ISIS.