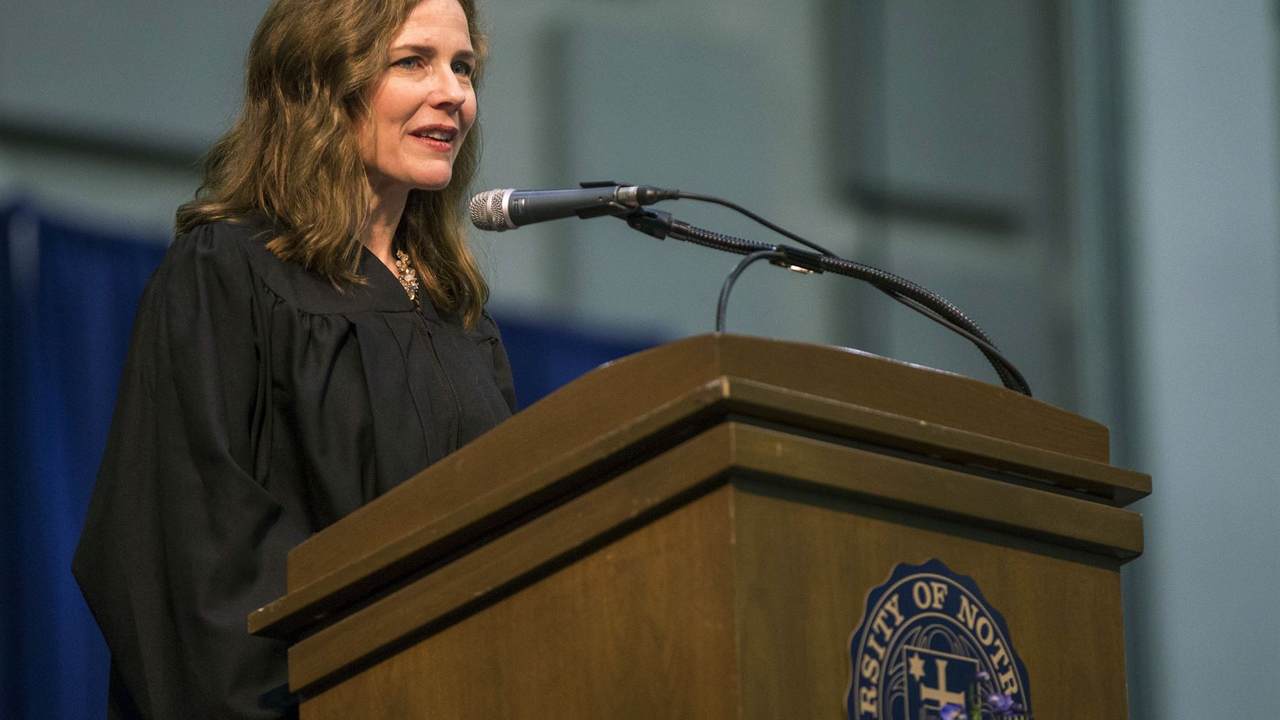 Now that Utah Sen. Mitt Romney has affirmed that he will not block the confirmation of President Trump's nominee to the Supreme Court, the Democrats must face the likelihood that there will be another conservative on the bench. For them, this reality of replacing the treasured, liberal activist tenure of Justice Ruth Bader Ginsburg with a pro-life, Christian conservative will likely be too much to bear.

But without the Senate majority and without time on their sides, Democrats have declared that they will do whatever they can to block Trump from putting another conservative on the bench; and one need not look past the tumultuous confirmation of Justice Brett Kavanaugh to take their word for it.

This time around, however, Trump has vowed to nominate a woman to replace Justice Ginsburg, which would ostensibly make it more difficult for Democrats to replay their sexual assault accusations against Kavanaugh against the newest nominee. But in the absence of vague allegations of high school sexual deviance, the Democrats have already shown they are willing to dig into the arsenal most available to them: religion.

Trump has said that his shortlist has been pared down to just five nominees for the Court. Although he has not revealed the actual names on the list, Judges Amy Coney Barrett, Barbara Lagoa, and Allison Jones Rushing have been most prominently cited as the top contenders. Barrett, in particular, has been considered the top choice for the bench.

Barrett is a self-professed devout Catholic with a big family and a history of judicial decisions in line with the constitutional conservatism that made the late Justice Antonin Scalia a Republican favorite. In short, she is the opposite of the left-wing judicial activist she would potentially replace. Her religion became a primary sticking point for Democrats during her confirmation to the Seventh Circuit Court of Appeals in 2017.

"The dogma lives loudly within you," said Sen. Dianne Feinstein (D-CA), the ranking member of the Senate Judiciary Committee, during the confirmation hearing three years ago.

"That's of concern," Feinstein continued, "when you come to big issues that large numbers of people have fought for for years in this country."

"The dogma lives loudly within you."

Feinstein was clearly addressing abortion, an issue that she and her fellow Democrats consistently distort as being opposed only by religious radicals. Pro-life Catholics were once a vibrant block of the Democrats' voting base. Abortion and the landmark 1973 Roe v. Wade decision by the Supreme Court are very much up for discussion should another conservative be named to the Court.

But Democrats have left their pro-life supporters in the cold, even going as far as telling them they no longer have a place in the party. And as Sen. Feinstein so readily pointed out, the inherent Christianity that begets pro-life values could only be explained by a radical, "dogmatic" following of the Catholic Church.

This isn't the first time the Democrats have attacked Catholicism as a religion that would erode the decision-making ability of its followers within the government. In fact, Democrats in the 1960s initially rejected John F. Kennedy as a primary presidential candidate for his family's strict adherence to the Catholic faith.

Kennedy was "much too young and much too Catholic," according to journalist G. Scott Thomas, who voiced a common sentiment among Democrats at the time who felt a potential Kennedy presidency would be ruled by the Pope, not by the party. Kennedy somewhat masterfully assuaged the fears of his party and went on to win the national election by casting such attacks against religion as unpatriotic.

During a speech to the Greater Houston Ministerial Association before his election, Kennedy spoke to Protestant Democrats in the south, many of whom harbored distinct grudges against Catholics. Politico reported this year on the crux of Kennedy's argument, made nearly 60 years ago:

Attacks against religious minorities were un-American, he intoned, “Today, I may be the victim, but tomorrow it may be you,” foreshadowing a future in which evangelicals would come to see themselves as victims, aggrieved by attacks against “Christian America.”

Prior to the establishment of our constitution, politicians and jurists under the crown in the New England colonies were subject to a religious purity test, proof for the monarchy that no one could be elected or appointed unless they were true followers of the Church of England, a religion helmed by the king himself.

In our nation of freedom of speech and freedom of religion, all candidates for office and appointments in the government are constitutionally defended from adhering to a state religion.

But Democrats are proving they no longer believe that. They believe in only one acceptable religion for those seeking office or considered for government appointment: the religion of secularism. Far from believing that Americans should be able to worship freely as they choose, they believe the country should only be run by those who believe in nothing spiritual and do not derive their personal or professional morals from any kind of higher power.

Yes, the "dogma lives loudly" within Amy Coney Barrett, just as it should with all true believers, no matter their religion. It is the dogma of leftist purity and the mandatory rejection of God that has no place in American politics.