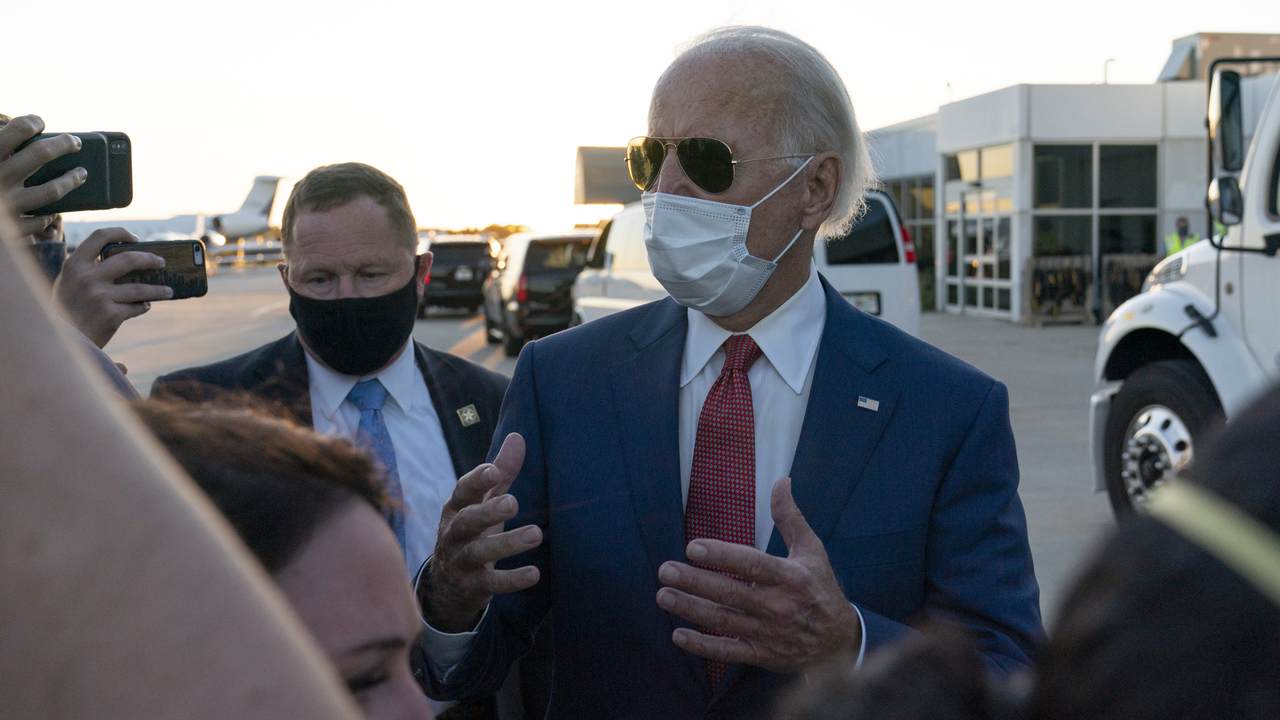 When Democratic presidential nominee Joe Biden sinks his teeth into a talking point against President Trump, he doesn't let go, no matter how much his claims are fact-checked and debunked. Famously, Biden harps on Trump as a racist who claimed that there were "fine people on both sides" of a violent confrontation in Charlottesville, Virginia, involving Neo-Nazis. We know that claim to be verifiably false with just a little context, but that has never stopped Biden from shouting it from the rooftops when he needs to take a jab at his opponent.

Now, it seems that Biden has chosen a blatant lie about Trump's plan for the future of social security as a boost to his campaign. It seems that nearly every time Biden deigns to make an appearance in public and speak to potential voters, he insists that Trump is out to destroy social security for all Americans.

But that simply isn't true. In fact, it's Biden who has not once but twice voted to tax social security payments as a perverted attempt to double-collect on tax dollars already paid by working Americans. The former vice president's entire basis for slamming Trump on social security stemmed from the administration's suspension of payroll taxes on those making less than $104,000 annually, an effort meant to alleviate hardships for Americans struggling to earn enough during the Wuhan coronavirus pandemic. Additionally, Trump's plan is a deferment. Meaning, eventually, the money owed will be paid.

Here's what Biden said President Trump was trying to do to social security, however, based solely on the president's choice to temporarily alleviate the burden of payroll taxes for the middle class and lowest-earning Americans.

"If a plan like the one Trump is proposing goes into effect, the social security trust fund would be, and I quote, 'Permanently depleted by the middle of calendar year 2023, with no ability to pay benefits thereafter,'" Biden said on August 31, vaguely quoting a social security actuary.

Biden's remarks at the end of August were given in Pittsburgh during one of the candidate's first live appearances away from his home in Delaware in months. But even sequestered to virtual appearances from his basement studio, Biden shared the lie that the president was trying to "bankrupt" social security by deferring the payroll tax.

The Democratic nominee has repeated this lie on multiple occasions and even released a national campaign ad amplifying the lie and attempting to scare Americans, particularly elderly Americans, into thinking that the president is out to cut social security benefits from millions of citizens.

Even the Washington Post called "baloney" on Joe Biden for this.

Given that few lawmakers supported temporarily suspending the Social Security payroll tax, it’s a stretch to think Trump would win enough support to permanently suspend it — even if that were his policy. But if he wins reelection, it’s fair to think he could win congressional approval to cover the few months of payments owed by the Americans covered by his executive order. “The president was referring to making forgiveness of the temporary payroll tax deferral permanent," said White House spokeswoman Sarah Matthews. "President Trump wants to fully fund and protect Social Security as he has stated numerous times.”

Biden and his campaign are trying to create an optical illusion for possible voters that paints Trump as a social security thieving narcissist, while Biden is essentially the Robin Hood of government benefits, always trying to give back to the poor.

But this simply isn't the case. In fact, it was Biden advocating for social security cuts.

The Washington Post continued, giving Biden and his team four Pinocchios for their blatant twist of the truth.

To make a long story short, Democrats ginned up a letter from the chief actuary to describe a plan that does not currently exist. Trump certainly suggested he might eliminate the payroll tax, but then he pulled back from that idea and reiterated that any diversion for a payroll tax holiday would come out of general funds. The ad refers to “Trump’s planned cuts.” But there are no planned cuts. The ad cites “Trump’s plan.” But the actuary’s letter says it is referring only to a hypothetical plan sketched out by Democrats. The ad asserts that if “Trump gets his way,” benefits will run out. But actually the letter says if transfers are made from general funds, no benefits would run out. That, at least at the moment, is what Trump says he would do. That adds up to Four Pinocchios.