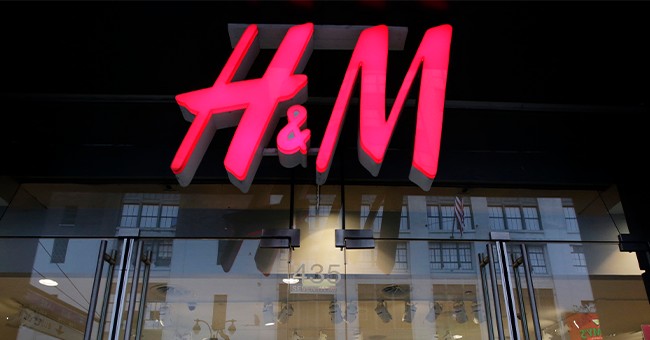 As much of the conscious world laments having manufacturing tied to Communist China, one global retailer has decided to take an actual stand.

H&M, a Swedish clothing retailer and mainstay in city shopping districts across the globe vowed this week to sever ties to its primary yarn producer in the Xinjiang region of China over serious concerns about human rights transgressions. The retailer said that allegations of the forced labor of Uighur Muslims and other miniorites have motivated them to take a stand in cutting out the region from their manufacturing chain.

The Swedish clothing giant H&M cuts all ties with its Chinese supplier in Xinjiang due to alleged use of the forced labor of Uighur Muslims--a serious threat for any company operating from Xinjiang. H&M won't source any more cotton from Xinjiang. https://t.co/B0UdGQp1x6 pic.twitter.com/wdNd91S7Cl

The proclamation specifically ended H&M's relationship with Chinese yarn producer Huafu Fashion and an "indirect" relationship with a Huafu-owned clothing mill. That mill is located in Shangyu, which is in the province of Zhejiang. Currently, far more evidence exists to back the claim that forced labor of Uighurs is specific to the Xinjiang region but, out of an abundance of caution H&M says, they will suspend any relationship with the mill due to their association with Huafu.

"While there are no indications for forced labor in the Shangyu mill, we have decided to, until we get more clarity around allegations of forced labor, phase out our indirect business relationship with Huafu Fashion Co, regardless of unit and province, within the next 12 months," a statement from H&M said.

Huafu owns another clothing mill in the Anhui province, but H&M says they have never done any kind of business with that location.

H&M also stated they will no longer source any cotton from Xinjiang because of concerns over the region in general, not just related to Huafu Fashion. Further, the retailer said, they will launch "an inquiry at all the garment manufacturing factories we work with in China aiming to ensure that they are not employing workers … through what is reported on as labor transfer programs or employment schemes where forced labor is an increased risk."

The Chinese Communist Party has been under fire from many countries across the globe in recent years for their treatment of Uighur Muslims and other minorities in the country. It is currently estimated that millions of minorities have been detained, forced into labor camps, abused, forced to sterilize and have abortions, and even murdered. Deep concern about the ethics of Chinese-made products has been prevalent, but few retailers and organizations have stepped up to make significant changes.

The move by H&M this week serves as a juxtaposition to the NBA and Disney, who have both been excoriated in the United States for kowtowing to China while lecturing Americans about "inherent racism" and "white privilege."

The live-action Disney film Mulan has been blasted since its release as the company specifically thanked Chinese Communist government agencies suspected of human rights abuses in Xinjiang, where the movie was partially filmed.

Several of the agencies thanked by Disney, including Turpan Bureau of Public Security, have been directly accused of genocide.

Disney acknowledged that the association has caused them some problems, but offered no apology.

"It has generated a lot of publicity," Disney CFO Christine McCarthy said. "Let’s leave it at that."