Trump Spirit Abounds, But There Is No Push for Biden In This PA Swing County 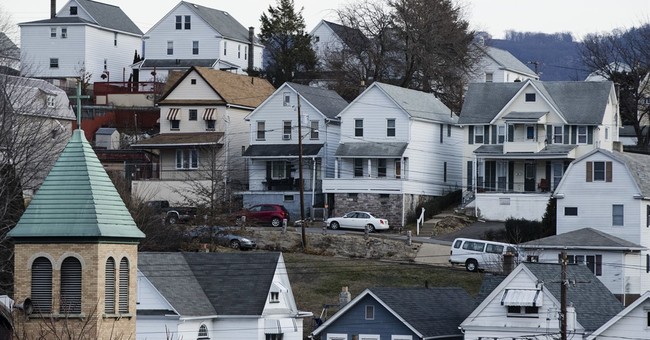 Wilkes-Barre, Pennsylvania – Donald Trump shocked the nation on a November evening in 2016 when he snatched the commonwealth's 20 electoral votes from Hillary Clinton in an exceedingly close contest.

At least, it was close on paper. But where it mattered, in the heart of the state, the blue-collar strongholds of industrious Pennsylvanians who thrive on community, family, and patriotism, Trump won by a landslide. In fact, Trump took three counties away from Barack Obama, whose message of having the "audacity of hope" resonated strongly with voters in both contests.

Hillary didn't come with the same promise of hope and encouragement for the industrious population of the Keystone State. Instead, she punched down on conservatives from the start and even stooped so low as to refer to any potential supporter of Trump as belonging in a "basket of deplorables." Clinton also leaned heavily on Obama's success in the state and largely ignored the parts of Pennsylvania she needed to romance.

Beyond all comprehension, Joe Biden is doing the same thing. After more than 10 days of not making even one campaign appearance, virtual or otherwise, the Democratic nominee for president decided to hit the road today with a brief message in ... Pittsburgh?

Yes, the Allegheny County city heard Biden speak briefly on Monday, mostly in terms of way-too-late condemnations of left-wing violence rampant in cities across the country. Concern over Biden's assumed support in Pennsylvania has been prevalent in recent weeks, and rightly so. The candidate's waffling position on the future of fossil fuel energy, one of the biggest employers of Pennsylvanians, has given them all pause.

In Luzerne County, Trump took an astounding 58 percent of the vote in his victorious bid for the White House. With the flip of Northampton and Erie County, he was able to carry the state. Biden will likely need all three of those counties back to carry the state this year.

That's not going to happen.

"We're not blind," one resident told me in a factual manner at a restaurant this weekend. The stories of danger from riots and looting played on cable news across TV screens as I sat among a row of solo diners, distanced just far enough apart that there was no real hope of making acquaintances. Like so many things, the pandemic has robbed society of social pleasantries. It's also made on the ground reporting in quiet towns nearly impossible.

Wilkes-Barre, the most populous city in Luzerne, is a small town, but one accustomed to its ways. The Wuhan coronavirus has upended life for them, and the strain of interrupted life is plain on every face. Restaurants are crowded with tired-looking families, just hoping for a normal Saturday night meal out. Single diners, many of whom have ventured to the small city to visit the Mohegan Sun Casino, sit alone at tables, yearning for the small comfort of eating at the bar top.

While it wasn't easy to gain the trust of locals as an outsider and a member of the press, one thing was consistent: the people in Wilkes-Barre may not all love the president, but they don't think Biden is the answer. And they're pissed off that the riots and looting are happening in Democrat-controlled cities.

But while the city lacks the overly friendly charm of its southern state counterparts, the enthusiasm for defending the police and displaying symbols of patriotism is undeniable. And Trump has made a point of showing his gratitude for the support of the people in Luzerne County. He's visited Wilkes-Barre several times, most recently at the beginning of August this year.

In front of a packed crowd at Mohegan Sun Stadium, the president condemned the left-wing violence, looting, and destruction across the country to thunderous applause. It's not likely Biden's lukewarm, dishonest words about violence from Pittsburgh today would garner the same amount of support; the people in Luzerne don't appreciate being lied to by politicians who have cow-towed to dangerous anarchists until they saw it hurting them in the polls.

Voters in Luzerne County want safety and they want jobs. Biden can't offer them either, and that will be reflected on their ballots in November.