Nightmare for Democrats: The Impact of a Wretched Law in California Could Send Voters Running 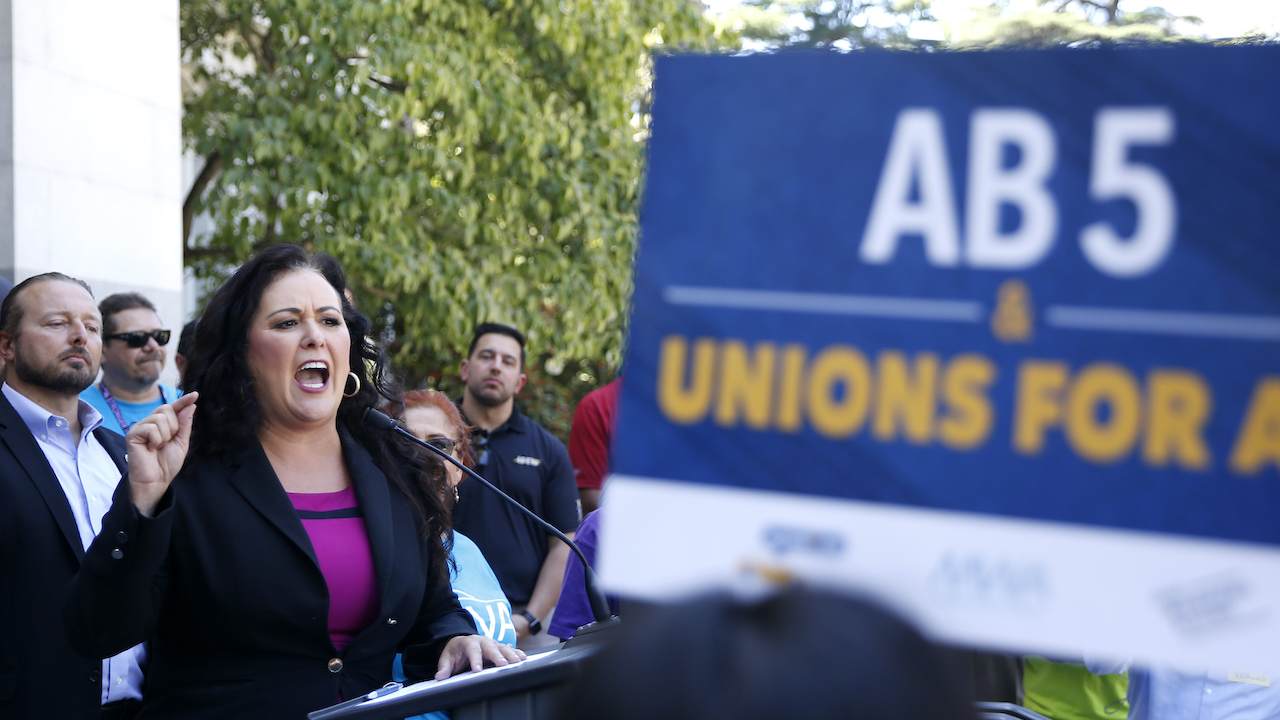 Uber and Lyft have announced that they will likely suspend services in California as soon as Friday after losing an appeal that would elongate the amount of time they would have to comply with a new job law in the state. That law, Assembly Bill 5, was passed by the ultra left-wing California State Assembly last summer and signed into law by Gov. Gavin Newsom in September.

AB5 has already proven to be a nightmare for Californians, requiring that most independent contract workers be reclassified as employees. Apart from the independent drivers who work with rideshare services like Uber and Lyft, AB5 has gutted freelance workers.

I reported on the damaging content of AB5 last week, noting that even after touting the bill as a protection for workers, it has done nothing but destroy jobs, prevent Californians from flexible schedules, and dismantle their freedom to earn.

The law, which began as Assembly Bill 5 (AB5), completely upended the way contract workers were allowed to be classified in the state. The results have been catastrophic for the gig economy and freelance workers, many of whom have lost income and the freedom to earn when and how they wanted.

Democrats have defended the bill and its outcome, even as their furthest left supporters have said it was rushed through the state assembly and signed into law without consideration for the devastating impact it could have on the state. According to the authors of the bill, including its chief supporter Assemblywoman Lorena Gonzalez (D-CA), AB5 gives workers more protection by forcing them into an employment relationship.

Believers in the bill say that the required employee status means the workers are now subject to the same legally required paid time off, sick leave, inflated minimum wages, and health benefits that the rest of the state's employees are.

Uber and Lyft contend, correctly, that they are technology companies whose products are designed to connect riders to available drivers in their area. They never designed themselves as a taxi service with employees, vehicles, and staff management. The overnight switch into entirely different companies being demanded by AB5, they said, was simply not possible. The Wall Street Journal shared the staggering statistics of making such a dramatic switch.

For the reclassification to be economically viable, Uber would be able to hire just over 50,000 drivers, or one-quarter of its existing drivers, according to company economist Alison Stein. At the same time, the company estimates that it would need to spend millions of dollars to build a framework to monitor drivers, including tracking their meals and rest breaks, and hire additional staff to oversee day-to-day operations. Those costs, the company said in a legal filing, would push prices for rides to increase between 20% and 120%.

Compliance by either company would spell a staggering loss of income by drivers, loss of jobs, total loss of job flexibility, and an enormous price hike for customers.

Actually, the state shut down their business model, leaving them unable to conduct business in the state. #AB5 shut down over 300 professions. The law misclassified contractors as employees. We have a right to contract if we want to. pic.twitter.com/5TXKQ0gaZy

But the supporters of the bill, including the largest federation of labor unions in the nation, AFL-CIO (who also authored the bill), are not backing down. Neither are the courts of California, most of which are packed with leftist activist jurors.

Defeated and out of options, ridesharing in California, which has become part of life for all urban and suburban residents in the Golden State, has been given no choice but to pack up and go. The mayors of San Diego and San Jose, however, have issued a last-minute plea to the state to stop this from happening.

We are urging action to avoid Uber and Lyft leaving California on Friday.

As the Republican and Democratic mayors of two of California's largest cities, we're calling for solutions so our state doesn’t shut down an industry that's vital to the income and livelihood of millions. pic.twitter.com/J1mctxPyO0

Kevin Faulconer, a Republican, and Sam Liccardo, a Democrat, issued a joint statement on Wednesday highlighting the devastation of AB5 across the state. The loss of Uber and Lyft, they contended, would result in the loss of millions of jobs and untold amounts of income.

They noted the timing of the separation as being particularly awful, as millions of Californians remain out of work as Gov. Newsom's lockdowns continue to keep a stranglehold on economic recovery. Gig work, the mayors contended, was a way for down-and-out residents to bolster their income.

Just ahead of the November election, it stands to reason that this Democratic-backed effort to knee-cap the gig and freelance industries could hurt their chances of sweeping election victory. Criticism of AB5 and its devastating effects have been heard by just about everyone who has ever earned as an independent contractor.

As lockdowns continue in the state and schools do not open, parents are also stuck without abilities to earn from home as an independent contractor or hire independent tutors for their children. As Joe Biden and Kamala Harris campaign on the promise to "Build Back Better," will the people of California see that Democrat policies and draconian laws like AB5 have only destroyed the American Dream?

Both Harris and Biden are vocal supporters of AB5. Neither has commented on the pending loss of ridesharing in California.