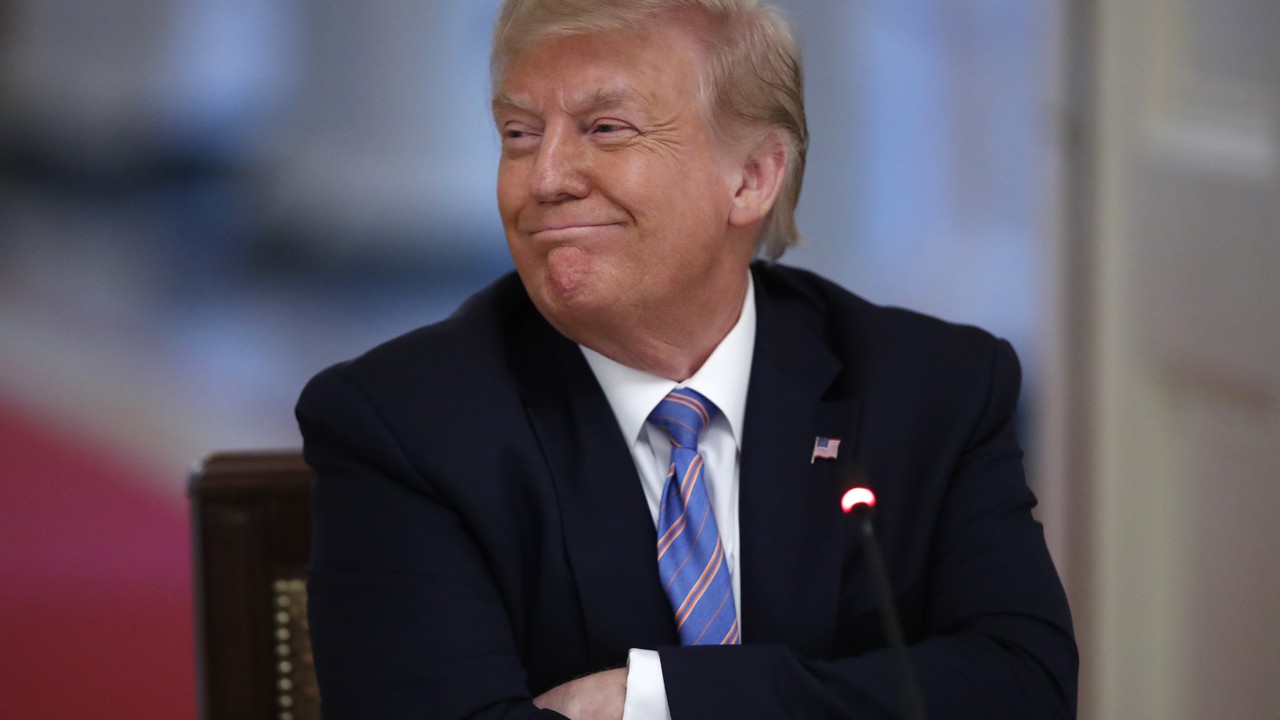 Nearly a full day after an interview from the White House with Fox News anchor Chris Wallace, the media has sunk their teeth into just one thing President Trump said among many weighty remarks. Riffing off of the activist left-wing "reporters" of the White House press pool, Wallace asked the president a seemingly ridiculous question: would he accept the results of the 2020 presidential election, even if he loses?

Trump, never one to cower in front of or placate to a media hungry for rhetoric and scandal, answered ambivalently, as only he should in the face of such an absurd question.

"I have to see. Look, you—I have to see," Trump said. "No, I'm not going to just say yes. I'm not going to say no." Of course, the president will accept defeat should that come to pass in November. The precedent for him doing otherwise doesn't exist. The audacity of asking such a question is based on nothing but radical conjecture and conspiracy-mongering from Trump's political opponents.

Additionally, Trump has already been through this exact cycle. In late October of 2016, just two weeks ahead of the general election, he was asked if he would accept defeat by his opponent Hillary Clinton. As The New York Times said at the time, Trump threw the very idea of democracy into question with his flippant, tongue-in-cheek response.

"In a remarkable statement that seemed to cast doubt on American democracy, Donald J. Trump said Wednesday that he might not accept the results of next month’s election if he felt it was rigged against him — a stand that Hillary Clinton blasted as 'horrifying' at their final and caustic debate on Wednesday."

Indeed, the 2016 Democratic presidential candidate did express horror at Trump's remark that he would only accept the result of the election the following month if he were the victor. The two weeks between that debate and Election Day were perforated with media conjecture about what a despondent, failed, Donald Trump would do should he have to cede the presidency to Clinton.

Those perilous predictions were instantly memory-holed when Trump seized the election on that stunning evening in November. Hillary's actions, however, were much more like those she found so "horrifying" only two weeks early.

Mrs. Clinton did initially, begrudgingly concede the election to President Trump, but pivoted quickly into blaming the Russians for stealing the election from her, saying she had run a fair campaign and was cheated out of a victory she felt was hers. As Mollie Hemingway of The Federalist pointed out, however, that's not at all what happened.

Clinton has also blamed the existence of the Electoral College for her defeat, repeatedly noting that she won the popular vote. Looking around for other scapegoats for her stunning defeat on that fateful night in 2016, Clinton has variously cast blame on her Democratic challenger Senator Bernie Sanders and former President Barack Obama.

After all the hemming and hawing about her defeat, however, the former first lady and secretary of state said in a recent interview that she didn't believe Trump would "go quietly" should he lose to Joe Biden in November.

"Well, I think it is a fair point to raise as to whether or not, if he loses, he's going to go quietly or not," Clinton said last week. "And we have to be ready for that."

Clinton's remarks and refusal to accept the results of her election were echoed by candidates in the 2018 election cycle as well. Democrat Stacey Abrams of Georgia refused to admit that she had fairly been defeated by Republican Brian Kemp.

"I legally acknowledge that Brian Kemp secured a sufficient number of votes under our existing system to become the governor of Georgia," Abrams said in April of last year. "I do not concede that the process was proper, nor do I condone that process." Abrams has never conceded nor accepted the results of that election.

Clinton and Abrams' rejection of election results is nothing new for Republicans seeking the White House. Both elections that yielded eight years of George W. Bush as leader of the nation were hotly contested for years, even decades after the last ballots were counted.

So, for every hand-wringing member of the media and the Democratic lawmakers on Capitol Hill convinced they will have to remove a defeated Trump with a crowbar from the White House this November: don't count your chickens before they hatch. However, they may want to practice accepting reality themselves and possibly write a rough draft of their concession speeches.