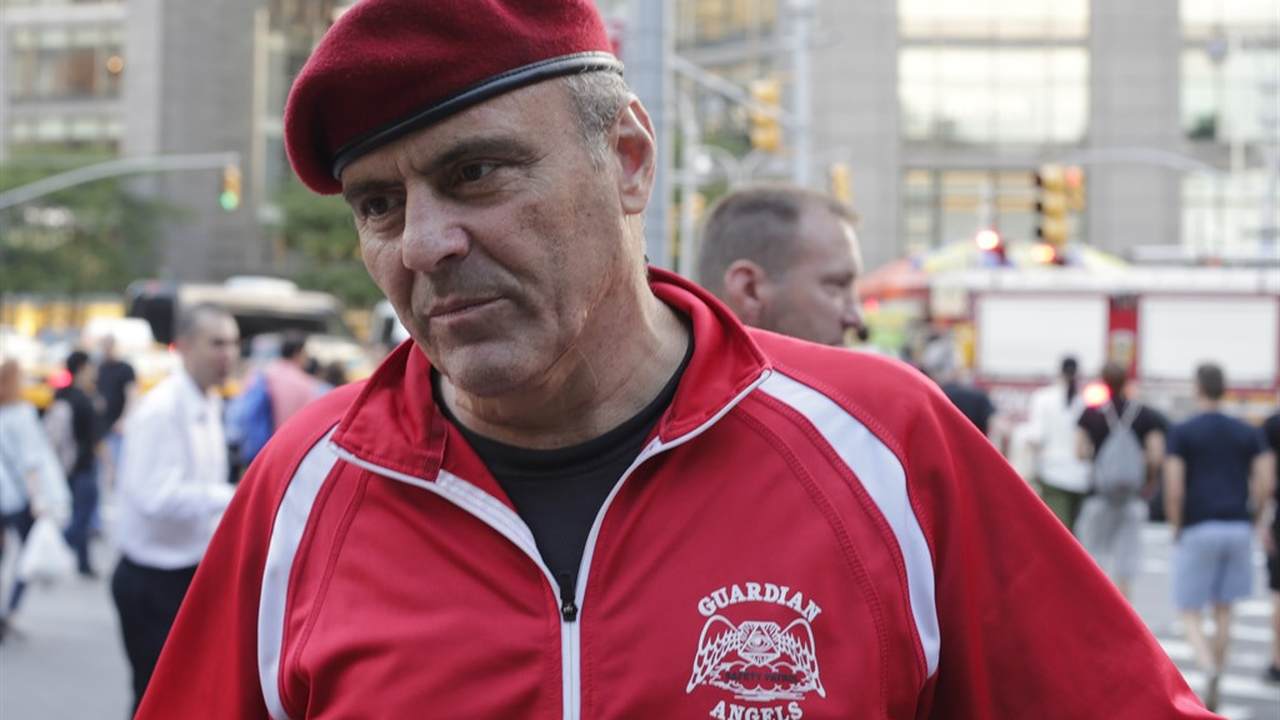 New York anti-crime icon Curtis Sliwa made waves this weekend, literally, when he jumped into the Atlantic Ocean against the orders of Mayor Bill de Blasio. Sliwa was cheered on by a gathered crowd as he jumped into the lapping waves of Coney Island beach, much to the chagrin of the Parks Department officers yelling for him to get out of the water... but the most interesting part is what he said after he got out.

Sliwa, 66, is no ordinary New Yorker. In the wake of widespread violent crime throughout NYC in the 1970s and 1980s, Sliwa founded a volunteer group called the Guardian Angels and successfully mitigated rampant crime in the city. The group, still operating today in New York and now cities across the world, is known for wearing red suits and berets. They patrol subway systems and dark streets to deter violent crime and have long received the praise of New Yorkers who lived for decades in fear of their own city.

Sliwa, who is still president of the Guardian Angels, is also running to become mayor of the city he has strived to protect for more than four decades. As de Blasio reaches his term limit next year, Sliwa, a Republican, has thrown his hat into the ring with several other contenders. His advantage, he says, is his authenticity and real life experience with all aspects of the five-borough city.

"I've lived in the streets, I've lived in the inner city, and I've been baptized in the subways," said Sliwa in March after announcing his candidacy. "I understand what people go through more so than [Scott] Stringer, [Eric] Adams, Corey Johnson, or anyone who has been rumored to be a candidate."

On Sunday, Sliwa began his one-man protest in the ocean by burying an effigy of Bill de Blasio, whose time in Gracie Manor has been widely panned by New Yorkers of all political stripes. In a highly controversial statement last week, de Blasio vowed to drag people out of the water if they dared to go swimming against his senseless beach ban.

"I buried an effigy of de Blasio, right up to his head, so you could see his whole face," Sliwa said. "And I started kicking sand in his face, because of his edict that you could not swim in the water."

But Sliwa, sporting the signature red beret of the Guardian Angels, was not removed from the water on Sunday. He swam around for nearly an hour as Park officers watched from the sand.

"I slowly walked into the water, and the Parkies are apoplectic, they don't know what to do," Sliwa told the New York Post. "They start blowing their whistles as if they were lifeguards, screaming, 'Come back! Come back!' And I just keep going deeper and deeper and deeper."

The GOP candidate for mayor attempted to joke with the Park officers as he defied their orders, asking them how they would rate his swimming ability, but "they did not catch the humor," Sliwa said. On a more serious note, Sliwa said that it isn't the decision of the mayor alone who gets to enjoy the beaches of New York.

"The whole concept is, this is our beach, not de Blasio's. We pay for it. We're taxpayers," Sliwa said. "Everybody else gets to swim in Long Island, Jersey Shore, Mediterranean. Not us? No, no, no."

After he finally left the water and kicked a bit more sand at the de Blasio cardboard cut out, other protestors followed his lead into the water.

City Hall was far from amused by Sliwa's protest and panned his act of defiance, saying, because of the recent drowning death of a New York man, Sliwa "should be ashamed of himself." De Blasio's order to keep beaches and water access closed has been criticized for going against recommendations for people to go outside for healthy activity while practicing social distancing. Hizzoner has remained nonplused by data and medical recommendations, continuing to keep the beaches of NYC closed even as New York State reopened most beaches last week.

Sliwa has vowed to authentically represent the real interests of the people of New York should they elect him to office of mayor.

"I am the only candidate with the onions to take back the city," he said.