'There Could be a Smoking Gun': GOP Senator Says Obama Likely Knew About Biden Ukraine Issues 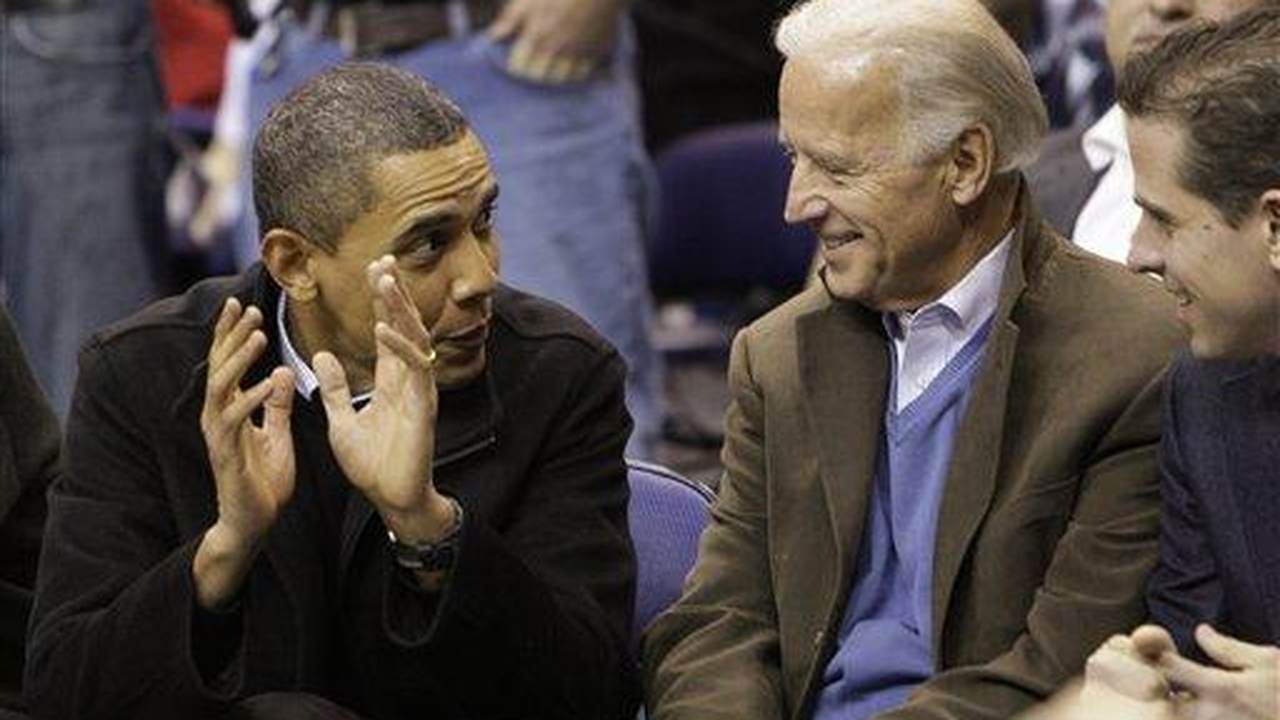 Senator Rand Paul (R-KY) said on Wednesday morning that he believed former President Barack Obama was aware of shady dealings between Vice President Joe Biden and Ukraine. Questions about Biden's below-board ties to Ukraine which involve his son Hunter have swirled since last year, as Democrats pursued the impeachment of President Trump.

"There's been rumors for quite a while that people within the Obama Administration knew about the corruption problems with Hunter Biden, that they warned the vice president and maybe even the president about it," Paul said in a Wednesday morning interview on Fox News. Paul was responding to a recently leaked letter from Obama in March that was deeply critical of the Senate's request for papers from his administration on Biden and Ukraine during a probe last November.

In his letter, addressed to the National Archives and Records Administration, dated March 13, 2020, Obama also referenced the investigation by Senate Republicans as being "actively supported by Russia," in their quest for his administration's documents.

"It arises out of efforts by some, actively supported by Russia, to shift the blame for Russian interference in the 2016 election to Ukraine," Obama wrote in the letter. The former president referred to the Senate's request for two documents relating to Joe Biden and Ukraine as "improper." He ultimately opted to provide the investigative committees access to two documents saying that it was only "in the interest of countering the misinformation campaign" against Biden.

Joe Biden and his son Hunter have been the subject of consistent criticism for potential malfeasance during Hunter's time on the board of Ukrainian energy firm Burisma Holdings. Questions about a bloated salary for Hunter despite his meager qualifications, Joe Biden's level of involvement, and even suspicion of quid pro quo have been raised. Hunter Biden served on the board of Burisma from 2014 until 2019, at times drawing a salary of up to $50,000 per month.

Sen. Paul asked to consider why Obama would want to keep such records sealed and out of the Senate investigation suggested there could be something damning among the hidden files.

"I think that there could be a smoking gun, that there's actually a record of some of these complaints that were going on at the time," Paul said of Obama's unseen documents. "There have been some articles written quoting unnamed sources saying that they were assistants and people around Joe Biden at the time were saying, 'this Hunter Biden thing looks bad, and you should put a stop to it,' and they never did. But I think even President Obama knew about this. It's not surprising to me that they should try to keep a lid on it and not let any records come to the public."

Questions about the Bidens' relationship with Ukraine dating back to the Obama Administration ultimately led to the impeachment of President Trump, after he was charged with using quid pro quo with Ukrainian President Volodymyr Zelensky to investigate the Bidens. Months later and amid a global pandemic, Sen. Paul expressed optimism that investigative work was being done by Senator Ron Johnson (R-WI) into Hunter and Joe Biden's mysterious past with Ukraine.

"Ron Johnson is looking into this, and I think really is trying to find the truth about this," said Sen. Paul. "I think what we've found is that every time we have looked into the corruption of Hunter Biden said, the other side says, 'oh no, no, the Russians interfered in our election, not Hunter Biden and Ukraine.' But no one is really saying that Russia didn't interfere in the election or that Russia and Ukraine couldn't have tried to interfere in the election."

Sen. Paul also flatly said that the firing and subsequent federal convictions of former Trump Campaign Chairman Paul Manafort because of leaked information from a "secret notebook" had more effect on the 2016 elections than anything else.

"But the one thing that probably had more effect on the election, or threaten to have more effect on the election, was the firing of the Trump campaign chairman over things that came out of Ukraine," Sen. Paul said. "These documents were released on purpose from some secret notebook saying that the former chairman had been paid by entities in Ukraine and that probably was more damaging or as damaging as the released emails on Hillary Clinton."