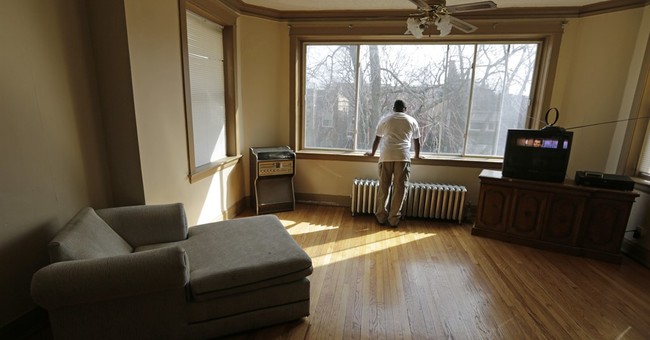 Large "non-essential" group gatherings have become taboo across the world in the age of the virus, an inconvenience that most people associate with sporting events, concerts, and crowded beaches. In some places, local leaders also made dramatic decisions to prohibit church services and close public parks even when social distancing is observed, causing outrage among worshippers and those needing a bit of fresh air.

But one gathering deemed "non-essential" could quite literally be a matter of life and death for those no longer able to attend during the Wuhan coronavirus pandemic. Alcoholics Anonymous (AA), as well as its sister groups like Narcotics Anonymous (NA) and Gamblers Anonymous, have been suspended almost entirely across the globe. In the United States alone, more than 100,000 12-step substance abuse meetings have canceled, preventing scores of recovering addicts from communing with others in recovery.

Both NA and AA have set up online resources for recovering addicts, including Zoom Calls, Google Hangout chats and FaceTime meetings with sponsors. But for many recovering addicts and those still in the throes of addiction, access to the internet, a smartphone, and a working computer is not a sure thing.

Even those with convenient access to technology might be sacrificing their anonymity in order to participate in AA chat groups. Many in recovery take years to share their struggle with family members and spouses. Some are more comfortable never discussing their AA experience outside of meeting rooms and private conversations with their sponsor.

In normal times, those who wish to leave their addiction to alcohol and drugs behind them through the traditional 12-step program are encouraged to begin their recovery with 90 meetings in 90 days. The process of hearing stories and meeting other addicts while assessing your own, sober future is vital, according to AA leaders.

Financial concern has also long been associated with triggering alcoholic and drug-addicted behavior. As more than 20 million Americans have now filed for unemployment, the strain of a national economic collapse has not painted a future that will comfort substance abusers. Data also shows that isolated Americans are getting plenty to drink as sales of adult beverages have risen 55 percent above the same period last year.

One recovering alcoholic in Los Angeles is trying to convince local government leaders to allow her hosted meetings to resume, in the interest of saving lives. Mia St. John, a former professional boxer who has been outspoken about her struggle with substance abuse, said even she relapsed while being isolated at home and away from others in recovery.

"I've spoken to so many people at these meetings that tell me they relapsed. I relapsed!" St. John said to TMZ. "I relapsed and I'm not blaming anyone but myself. I'm just here to say that people like me rely on our meeting to get us by." St. John said that even though she had set up her AA meetings to abide by social distancing regulations, keeping addicts at a six-foot distance, she was told she could not host the groups.

"We rely on our sober friends to help us through and it's a very difficult time I realize for everyone," she said. "If we're conducting our meetings safely, I don't see a problem with it."

Now that the three-phase plan to reopen the country has been detailed and the promise of relaxed regulations looms just ahead, those in recovery should be among the first to reconvene in a safe manner. As AA shares in every meeting across the world, "keep coming back, the meetings work."